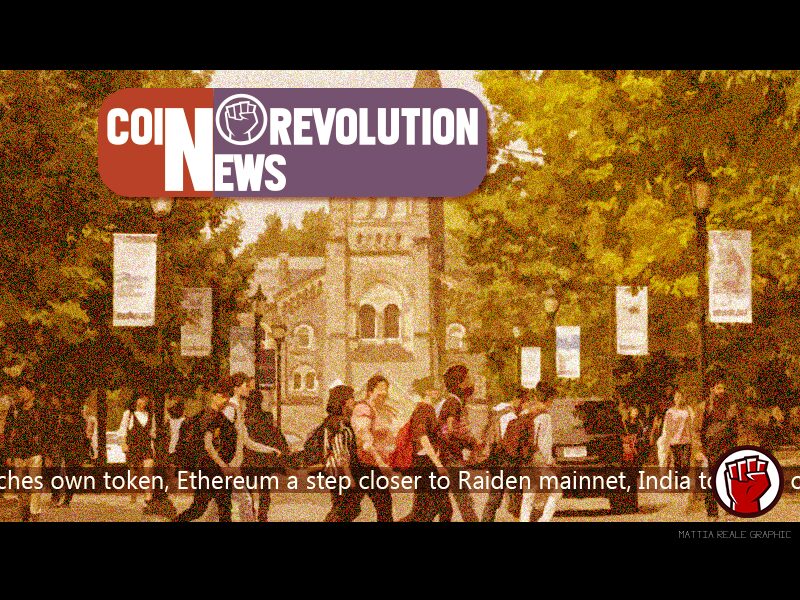 Bitcoin Has Been Swedens National Currency for 30 Minutes

Socialdemokraterna – the Swedish Social Democrats and currently the ruling party of Sweden have tweeted this week that they have abolished the Swedish Crown. In favor of Bitcoin. According to the tweet, it is now the time to buy. However, the account managers deleted the tweet after 30 minutes. Anonymous hackers gained control over the account. However, it is already back in the hands of the Swedish Party.

The Congress of Nevada has made a unanimous decision not to approve the proposed cryptocurrency bill. The controversial regulations proposed by the new bill were considered null and void, as they were created based on the proposed United States Uniform Commission (ULC).

The executive chairperson of Blockchain Research Institute, Donald Tapscott, recently stated that the official Chinese currency commonly referred to as Renminbi is set to become a cryptocurrency. He revealed this during a recent interview with Bloomberg. Tapscott went ahead to reveal that he recently held a meeting with the Vice-Chairman. He stated that President Xi Jinping is of the idea that blockchain will become the most important and influential technology. The two believe that technology will have a major impact on the economy of China.

VeChainWorld Is Deployed For Blockchain Developers To Build DApp-centric projects

Blockchain projects are becoming increasingly vital for many organizations and businesses that wish to remain competitive. This is the reason why there are many platforms that are enabling Blockchain project developers to create more efficient DLT ecosystems. Tron, Ethereum, and many other DApp-centric projects are offering the solutions and Vechain (VET) is the latest entrant to this sector. The platform has launched VeChainWorld which enables Blockchain project developers to create platforms on their own. It is an all-inclusive platform that is appropriate for different needs and various industries.

It has always been an open secret to the Crypto community that Crypto taxation is coming. Lawmakers and policymakers have for long been proposing a taxation mechanism to regulate Digital Tokens. For this regard, one of the big 4 accounting firms Ernst & Young (EY) has deployed EY Blockchain Analyzer. An analytics tool that is able to handle crypto taxation. EY made this announcement during its annual Global Blockchain Summit. The firm reveals that it has spent millions of dollars in the last two years to upgrade its first generation Blockchain Analyzer to a second generation.