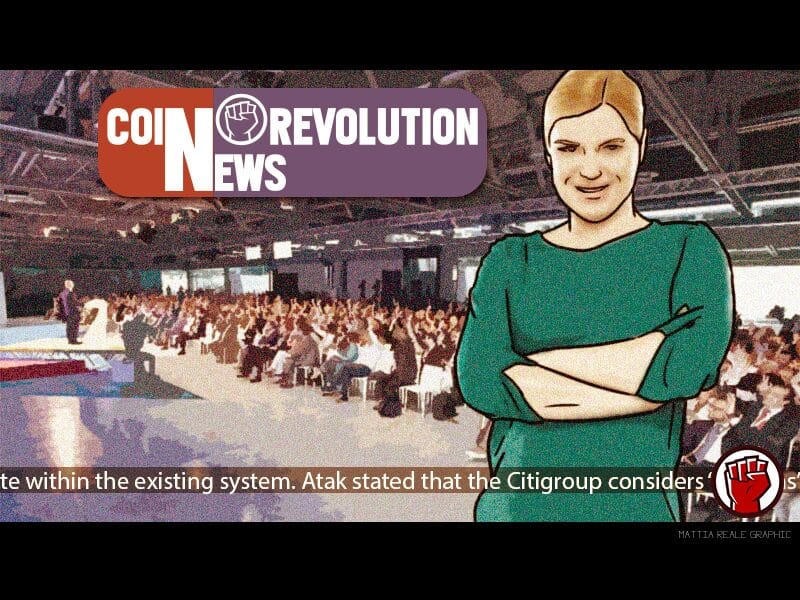 JPM Coin has a predecessor the Citicoin. The former does not yet exist and the latter will not exist. This is what Gulru Atak, Citi’s current innovation lab chief told CoinDesk. According to her, the technology behind cryptocurrencies look promising but the bank prefers to innovate within the existing system. Atak stated that the Citigroup considers “fintechs” or “the regulators around the world as well, including SWIFT.” A major factor is what Atak calls the onboarding to an ecosystem. She hinted that it took several decades for SWIFT to create a system that connected banks from all over the world. A system that Stellar, Ripple or R3 are currently trying to build as well.

Australia revealed a roadmap that sets the ambitious goal of making Australia a global leader in the blockchain industry. The Ministry for Industry, Science and Technology and the Ministry for Trade, Tourism and Investment have developed the strategy. The main agenda of the plan seeks to fund promising blockchain companies. A specific goal is to sponsor companies that will accompany the Australian Trade and Investment Commission to the Consensus blockchain conference in New York from May 14 – 16.

A bartender is seeking to revolutionize the Food and Beverage industry by offering a Blockchain platform that can be used by clients to track the origin of their products and their inputs right from the farmer to the bar coolers. A typical cocktail drink is what many people look forward to after a long day of arduous tasks. Many revelers are starting to wonder where the sugar muddled with bitters beneath the lustrous bourbon, the twist of orange peel, and even the blocks of ice that make the beautiful cocktail drink come from. These concerns are coming amid growing demand by consumers who are increasingly taking an active role of spearheading social and environmental justice in their personal capacity.

Facebook users in Italy are noticing that their accounts have an interesting addition that they find extraordinary. On the apps social network, there is the “Paga con Facebook” invitation that translates to “Pay with Facebook” in English. Further, the tab has a Bitcoin logo signifying that the new payment option is Cryptocurrency-based. This development is coming amidst unconfirmed reports that have recently resurfaced about the soon-to-be-deployed Facebook Coin. This Digital Token which is said to be designed as a Stablecoin is however set to be incorporated on WhatsApp platform, Instagram, and eventually on Facebook Messenger.

Cryptocurrency wave is taking over the United States as evident from the increasing number of crypto businesses. State governments are also focussed on enhancing growth of the industry by providing robust regulation policies. Last week, the Governor of State of Colorado, Jared Polis, signed a new cryptocurrency bill dubbed Colorado Digital Token Act.