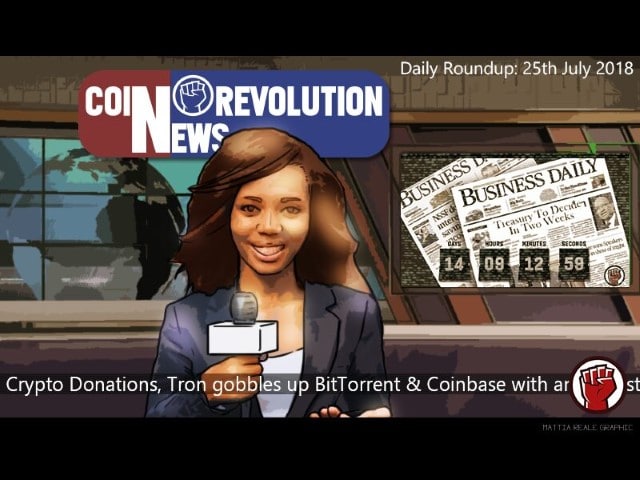 The US Trade war with China has an impact on the infrastructure of Bitcoin. The US-American state is charging now a 27.6% tax on Bitmain’s mining hardware. A circumstance that will hit the largest mining hardware producer in the world hard as it exports 51% of its production overseas. However, not all of that into the US. According to new trading regulation set up in June. Mining hardware falls under the category of “electrical machinery apparatus” on which Chinese importers have to pay a 27.6% tax. Other Chinese companies from the same sector such as Canaan and Ebang will also have to pay the tax. However, their overseas sale rates are much lower than Bitmain’s.

Internet and Mobile Association of India (IAMAI) has founded a Blockchain Committee to advocate for cryptocurrencies in the South Asian state. Tina Singh is the new chairman of the Committee, she is also the digital chief at private lending giant Mahindra Finance. According to her, blockchain is the future of technology and its adoption is vital to the Indian economy. As a consequence, the state should not fight and forbid this technology but help setting up reasonable regulation. Therefore, the tech industry and the government should cooperate on this important task. The IAMAI is currently leading the objection against the prohibition of trading cryptocurrencies in India. The association represents heavyweights in the industry. Such as the Indian branch of Microsoft, India’s largest bank, the HDFC bank, and Mastercard.

Chairman of Hong Kong’s financial authority: Cryptocurrencies are not securities

Carlson Tong Ka-Shing, the current chairman of the Hong Kong Securities and Futures Commission (SFC) said that cryptocurrencies cannot be considered securities as of now. According to him, “custodian, audit or valuation requirements” for securities do not apply to cryptocurrencies. Ka-Shing’s office as the SFC’s chairman will end on Oct. 19th. Therefore, his statements can be seen as guidelines for his successor Tim Lui Tim-Leung. Ka-Shing stated also that prohibition is an impractical as the crypto market works digitally and without borders.

Europe is slowly becoming the largest and most influential cryptocurrency hub. This is evident from the millions of dollars that investors pump into various cryptocurrency projects. According to News BTC, the total value of token sales in Europe is almost exceeding that of the United States and Asia combined. Fabric Ventures carried out a study that revealed some of the plausible causes of the current surge in European ICOs in 2018. Note that Fabric Ventures is a venture capital fund firm itself. It is well known for investing thousands of dollars in decentralized network projects and blockchain.