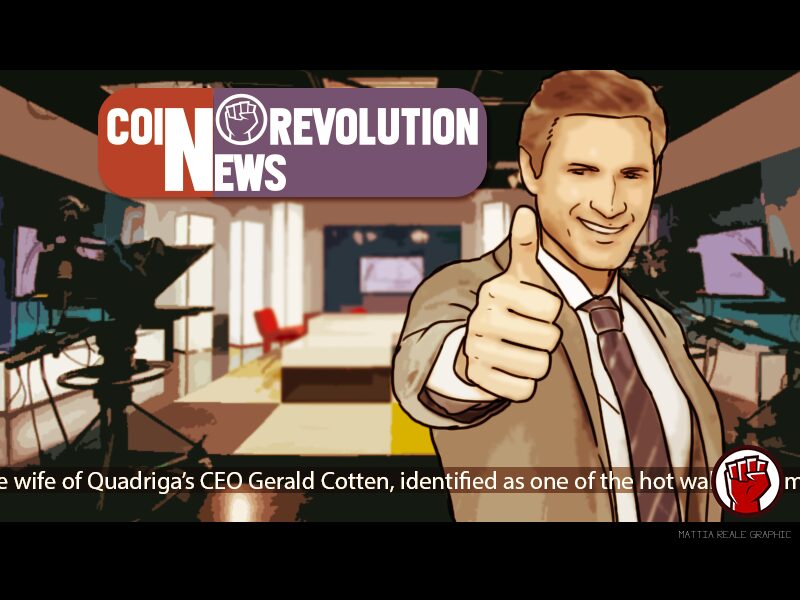 A redditor called u/dekoze has supposedly identified some of the cold wallets that belong to the exchange QuadrigaCX. The user could confirm that all 5 of the addresses indicated received BTC funds from the address “3N8auHdN9rtmHDHqNnXK4eWhfukBAQcve1”. The address that Jennifer Robertson, the wife of Quadriga’s CEO Gerald Cotten, identified as one of the hot wallets from QuadrigaCX. The 5 addresses hold a combined amount of 104.33500226 BTC and the wallets have been inactive since April 2018. But the most revealing point in the redditor’s analysis might be the fact that some of the addresses have sent funds to a hot wallet of Bitfinex which would mean that QuadrigaCX, supposedly Gerald Cotten, misappropriated funds.

General Motors (GM) that is based in Detroit City Michigan, has joined the Spring Labs project according to an official press release. This is a Blockchain technology initiative that focuses on enhancing data security for individual enterprises in pursuit of business objectives. It offers a DLT network that safeguards data from loss, third-party interception, and falsification. It also helps in facilitating data provenance through collaborative research.

Chinese Miners Settle Down In Sichuan During Wet Season

The reason for the rise of the hash rate in Bitcoin in December is because miners have moved to the province of Sichuan. The region produces cheap hydro energy, especially during the wet season. Since the price in Bitcoin broke the support level of around $6000 in November the hash rate has declined along with the price. However, a local trend reversal occurred in December and ever since the hashrate has moved sidewards. Blockchain analysts have pointed out now that the reason for this is likely the fact that Chinese miners are moving to Sichuan province in China. The region is traditionally known as the “land of abundance” and is one of China’s most important agrarian provinces. During the wet season, the province produces also an abundance of hydro energy which makes the region very profitable for Bitcoin miners.

Ripple And Other Companies Participate in The SendFriend Financing Round

SendFriend financing round has managed to raise $1.7 million after a successful capital injection appeal. SendFriend is a payment platform that aims to ensure that the US to Philippines remittances needs are met through the deployment of a next-generation payment platform. Interestingly, the network has struck a deal with Ripple that allows XRP to be used as a liquidity option for the cross-border payments. It would circumvent forex bottlenecks and also banking hiccups that hinder real-time transactions.

Hackers Use PUGB to Steal $2.47 Million in Cryptocurrency