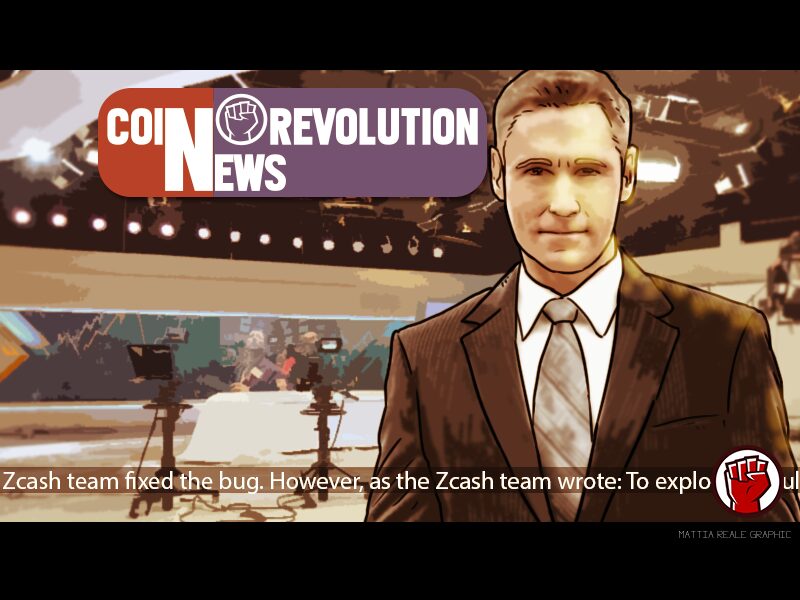 The Zcash team has published a blog post in which they describe the XXX bug in Zcash’s code. The bug posed a major security flaw in Zcash’s network as it could have been exploited to create more coins than intended on the network. The vulnerability existed for years and hackers could have exploited it until October last year when the Zcash team fixed the bug. However, as the Zcash team wrote: To exploit the vulnerability would “have required a high level of technical and cryptographic sophistication that very few people possess.” A statement that provoked negative reactions from the Zcash community.

The suspicions surrounding the case of QuadrigaCX and its presumably deceased CEO as part of an exit scam are hardening. As NewsBTC claims the region  Rajasthan in which Gerald Cotten reportedly died is a known for its ‘fake death industry. A short Youtube video in one of India’s languages that we are not able to identify accompanies the article which seemingly points to the fact that faking one’s death did occur in the region of Goa. However, alongside a Youtube video on how to get a fake doctor’s note in India as well. Which is most likely pretty common all around the world. A hint that the research was probably not very profound.

Meanwhile, the hospital that treated Cotten before he died has confirmed his death.  It is called Fortis Escorts Hospital and is situated in Jaipur which is also mentioned in the document.

The Islamic Republic of Iran is keen on using cryptocurrencies and blockchain technology to circumvent the stringent economic sanctions imposed by the United States. Ever since the sanctions came into effect, the country’s economy has been snowballing downhill. There are reports that the government is in the process of launching a government-backed cryptocurrency.

As a way of governing the crypto assets, the Philippines has introduced new regulations. They were announced by the government regulator referred to as Cagayan Economic Zone Authority – CEZA. The recently announced regulations cover one major area in the industry. it talks about the cryptocurrency acquisition including the security tokens and the utility. The main aim here is to find ways of effectively regulating the cryptocurrency market. This is done while protecting the interest of the investors as well as promoting innovation. That was according to the statement released by Ceza – the body in charge.