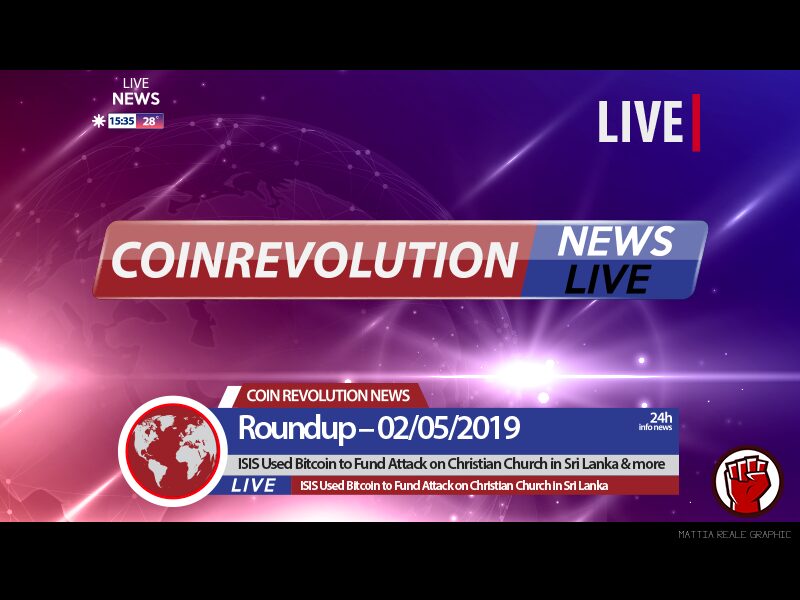 The Israeli blockchain analysis company Whitestream has found suspicious transactions on CoinPayments. CoinPayments converts cryptocurrencies into Dollar. The service’s volume went up significantly prior to the Easter bombings. Cited from Globes, Whitestream found out that “[o]n April 20, the day before the Easter attacks, the balance in the main wallet of CoinPayments rose from just $500,000 to $4.5 million.” The day after the bombings, the wallet’s holding went back to %500,000 again. Coinpay already admitted that ISIS used the company’s service to fund its activities. However, the company claims that ISIS probably used straw companies to conceal the legitimacy of its transactions.

The London-based West Ham United football club on the English Premier League is partnering with Socio.com to develop and deploy a Blockchain-based fan engagement platform. This platform will have its own native Token that will be facilitating interactive engagement between the club and their fan base.

Cryptocurrency exchanges give investors an opportunity to trade their digital assets for new ones or for fiat currencies. The exchange platforms also make it possible for new investors who are interested in venturing in cryptocurrencies to purchase some using fiat currency. All the transactions are done through a secure system that protects users from data theft and other related risks. However, recently, there has been an increase in number of cryptocurrency exchange hacks across the globe. The companies have since then put in place new measures to prevent similar incidents from recurring in the near future.

The United States-based investors are emerging as the most progressive investors for Digital Assets. This is according to research by a software firm, DataLight, as reported on the end of April 2019. The survey shows that US citizens have been making the most visits to the top 100 Crypto exchange platforms on a monthly basis. Japan and South Korea follow closely on the second and third place.