The family of Rothschilds has taken another foray into the crypto world through its RIT Capital Partners venture., The former Rothschild Investment Trust.

Terms have not been disclosed, although the investment was disclosed to investors during a webinar in March.

In the US-based cryptocurrency exchanges superpower Kraken, this acquisition seems to have been held under the target list for an extended period and finished earlier this year.

Kraken, which was established in 2011, is one of the world’s largest crypto exchanges for those who haven’t heard of it.

It has over 6 million users, and it is the fourth biggest exchange in terms of the trading volume.

According to a letter to shareholders” by James Glass, Director of Investment Companies Marketing at Numis Securities, and published on the RIT Capital homepage, RIT announced it had “gained some interest in Kraken” “at the RIT Capital Conference last month,” “from the inside of the private’s” 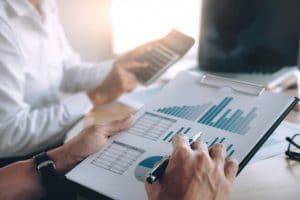 Glass did not specify the amount of the project Investment. Still, he did say that “Kraken is currently in negotiations with stakeholders for the second round of investment that could bring it a value of USD 20 billion.”

According to a financial statement published last month, RIT Capital, based in the United Kingdom, has a gross net asset value of about USD 5.3 billion at the end of 2020.

Fortunately, it is not RIT’s first step into the world of cryptocurrency.

The company, along with PayPal, invested in Paxos in a Series C round worth USD 142 million at the end of last year.

In any situation, the reports will almost certainly fuel the speculation mill, with all focus on the Kraken’s intention to go public.

Kraken’s biggest competitor in the US reported record quarterly sales of $1.8 billion in Q1 2021, which was more than it made in the entire year of 2020. The group is due to go public in a direct blockbuster listing this week (14th April), with a market capitalization of up to $100 billion.

Kraken Chief executive Jesse Powell said at the end of March that the project is still on course to go public till next year, “most probably” in the “second half” of 2022.He said, though, “there is no promise right now” because anything can happen in the cryptocurrency ecosystem.

Powell also said that currently, the firm does not need to collect funds to go public, and also that “trying to raise any funding at this stage would only make up more acquisitions.”

Regardless, Kraken was allegedly in negotiations with shareholders in February about raising new capital, which could nearly double its value to over USD 10 billion. Still, the final amount could be almost double “depending on the market demand,” according to a Bloomberg analyst familiar with the matter.

Fidelity, Tribe Capital, and General Atlantic were listed as potential investors back then.

In their most recent SEC filings, Rothschild Investment Corp disclosed 466 cumulative holdings. The most recent portfolio valuation is $ 1,159,996,000 USD.