Robinhood Ceo Vlad Tenev Speaks about its plan to extend its trading activities in cryptocurrencies and add new crypto coins to the platform.

on 18 March, in a video uploaded by Company CEO Vlad Tenev said, “We have a plan to Invest a Huge Amount in the crypto ecosystem t and recruit a lot of staff,” CEO Vlad Tenev said in a video uploaded by CompanyCompany on 18 March. “We’ll try to get it done as soon as possible. Along the path, we may bring some new crypto coins.”

In 2018, the Menlo Park, Californian online brokerage brought crypto trading service to its network. Robinhood said more than 6 million cryptocurrency user had come on board in less than two months, but it wouldn’t disclose how many people are trading cryptocurrency on the network. The average monthly customers trading on Robinhood Crypto in the year 2020 is estimated to be about 200,000.

Customers can buy bitcoin, ethereum, and a few other cryptocurrencies, but the functionality is limited because they can not send or receive them. The CompanyCompany revealed in February that it plans to enable cryptocurrency depositing and withdrawal option in the future and include the famous meme DOGE coin.

Tenev mentioned in the video that his CompanyCompany had been reluctant to start cryptocurrency trading without such abilities, “we finally opted to do so because I suppose there is a use norm for people who do not want to handle their cryptocurrency coins and simply want to invest in them as an asset.” said Tenev

Tenev Further stated that “we certainly want to give people the option of handling their wallets and keys.” Crypto Wallets will secure members’ credentials to allow members to access their crypto management portal and exchange bitcoin and other crypto coins. Their components include both hardware gadgets and Smartphone applications. 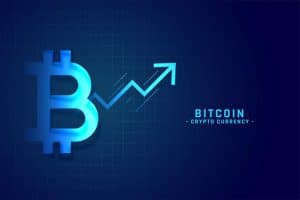 However, crypto traders, who are more concerned with security and decentralization than conventional investment firms, may be skeptical of handing their funds to Robinhood. Following an 800 percent increase in the value of DOGE in January, Robinhood temporarily stopped instant deposit for crypto purchase, which means that members can only trade with the funds already present in the user account.

The lack of transparency regarding Robinhood’s payments for order flow activities was also revealed by congressional hearings on the GameStop GME -0.7 percent trade frenzy and media coverages. The brokerage is compensated for steering trade execution to third parties, most of which are high transaction trading companies. For cryptocurrency holders, this may be a terrifying prospect.

Robinhood is planning for an initial public offering (IPO) late this year. According to February rumors, the CompanyCompany was worth $11.2 billion last year, but the latest estimate could be as high as $40 billion.