Although Ripple is a company and a cryptocurrency, only a few people can tell the difference. This is mainly because the company was responsible for the development of the ripple (XRP) Cryptocurrency. Moreover, the firm owns much of the currency. However, Ripple the company is now determined to clear this confusion by separating the two ripples. 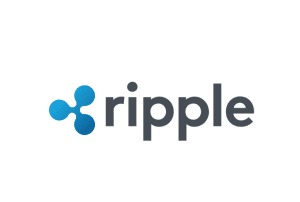 In the last few months, Ripple has been working tirelessly to be separated and not confused with its XRP currency. The company plans to achieve this by changing the currency into a symbol. Although the currency uses ‘XRP’, this abbreviation is derived from Ripple. A new logo without any close resemblance to Ripple has been proposed.

The campaign to separate the two entities is not restricted to the development of a new logo. A new Twitter account has been opened to help in communicating the need to separate the two and make it easy for the public to accept the changes. Although the final logo has not been developed, what is clear is that it will be very different from the one currently shared by the company and the coin.

Why Is The Separation Important?

Some people have theorized that Ripple wants to “desecuritize” the currency, and this is the only way of achieving it. The strong control of Ripple over the currency gives the latter a great boost of being a security.

In the event this separation sails through, XRP will be expected to experience significant changes in price and availability. This is why the company is determined to actualize the separation.

The company faces a bumpy road ahead in its attempt to convince people that this is the case. Not everyone is ready to take these changes so lightly. For instance, the company’s attempt to coerce Jackson Palmer to use XRP for Ripple’s Cryptocurrency was met with a shocking response. The Are We Decentralized Yet founder said he was not ready to comply because:

But How Different Are The Two Entities?

Ripple Company says that the separation is important because XRP has an open source ledger. This allows any business to use it in their own ways. Although this is true, it is not convincing. This is because cases of third-party development are very few. In addition, staffers have been responsible for most the XRP’s code commits.

The separation is expected to make the XRP ledger more attractive to businesses intending to use it for their benefits. However, given the high efficiencies associated with the ledger, it has few chances of becoming the Hyperledger of business.

But how easy will it be for the company to convince people that it is different from the Cryptocurrency? Presto Byrne, an ardent cryptocurrency critic argues that the link between the two entities is all over the Internet. Although XRP can operate without Ripple, there is enough evidence that the network may bow out in case the company pulls out. An XRP node cannot operate without permission from Ripple.com’s servers.