Ripple Price Could Surge, As BTC Breaks The $10,500 Resistance & more 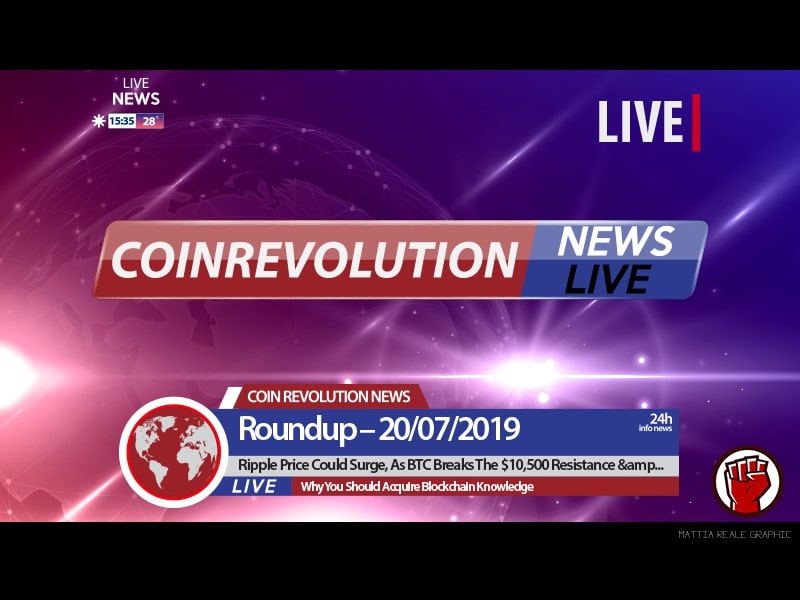 Ripple Price Could Surge, As BTC Breaks The $10,500 Resistance

Ripple could rise above its usual resistance level of $0.3200 because it was able to break this resistance a few days ago. It had traded below its support level of $0.2900 for some time and had dropped to $0.2850. Its recent surge to over $0.3200 is a good sign and analysts are hopeful that once it pushes past its major resistance levels of $0.3280 and $0.3300 it could gain traction and have a serious bull run. Why You Should Acquire Blockchain Knowledge

Change is the only constant thing in this world. This is especially true when it comes to technology because new technology become outdated so fast and better and more sophisticated ones come on the scene. Think back to when computers were few and only owned by the US military personnel but they are even available on mobile phones and even people in the remotest parts of the world can access them. Blockchain is the new kid on the block and every industry is looking to use it to make its systems smoother and harness its ability to protect transactions. Of course, profit is the bottomline of every business and blockchain promises to seal the loopholes that create losses for a business. Therefore, acquiring blockchain skills could be in your best interest because it is projected that blockchain is the technology of the future and soon such skills will be in high demand in the corporate world. Already, there are industries that have adopted it and soon, more will come on board because it is just a matter of time.

However, things are looking up now as major cryptos have started showing signs of recovering. These cryptos include Bitcoin, Bitcoin cash, EOS and Cardano. They have recorded an increase in prices in the last few days with bitcoin managing to break the resistance of $10k and $10,500.