Unlike other Blockchain platforms, Ripple’s native Tokens, XRP, are usually released by executives for sale in successive intervals. According to the CEO of the California-based company, the company releases XRP for sale to earn money to fund development programs for RippleNet.

However, dissent is brewing among XRP community members where some of them are against the “dumping of XRP”. In their argument, the XRP enthusiasts are citing negative consequences of the executives’ actions on XRP price. One of the investors going by the name @CryptoBitlord on Twitter has even threatened a community “take-over” of RippleNet.

Appeal Against “Ripple Dumping” Is Ongoing

The most vocal XRP community member CryptoBitlord has been running a petition to appeal to Ripple Executives to avoid releasing Tokens at their own discretion. This venture has managed to attract about 2500 signatories and is still ongoing.

Additionally, CryptoBitlord is proposing for a Ripple fork to alienate the founders’ control over the ecosystem and release of XRP. In the latest tweet to CEO Brad Garlinghouse and CTO Joel Katz, the irate investor is urging the due to allow RippleNet to be decentralized as they purport.

In July this year, the latest RippleNet audit report showed that release of XRP on a quarter-over-quarter basis was up by 48 points. Hence, the concerns by XRP community members have a basis as the periodical release of a high number of Tokens can stifle the growth of XRP price.

Seemingly, effort is being made by the founders of the platform to address the disquiet among investors. However the weak market performance for XRP pairs is exacerbating the issues and XRP community members are demanding more action.

Garlinghouse Is Assuring Investors That XRP Sales Are Beneficial

Characterizing the allegations as FUDs, Garlinghouse is assuring investors that XRP sales are meant to enable RippleNet to develop. Also, the CEO says that XRP sales enhance XRP’s utility. 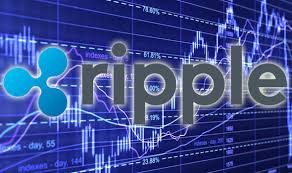 Further, Garlinghouse says that the rate of increase in the supply of XRP is relatively lower than that of ETH and even BTC. He is therefore calling on the XRP community to be patient and allow market forces to grow the price of XRP.

As Garlinghouse was addressing the XRP sales concerns, he also confirmed the amendment of a suit against Ripple. In the suit, an investor is alleging that XRP pairs are being sold as unregistered securities against SEC laws. The CEO refutes the claim citing the UK and other countries that do not classify XRP as securities.

Following the move by the CEO to calm fears among XRP community members, XRP/USD pair has been bearish following an overbought condition. In the last 24 hours, the price has plunged by 5% on Coinmarketcap amidst an overall bullish market momentum. The price as at press time is $0.25 and the daily trading volume is $1,275,195,685.