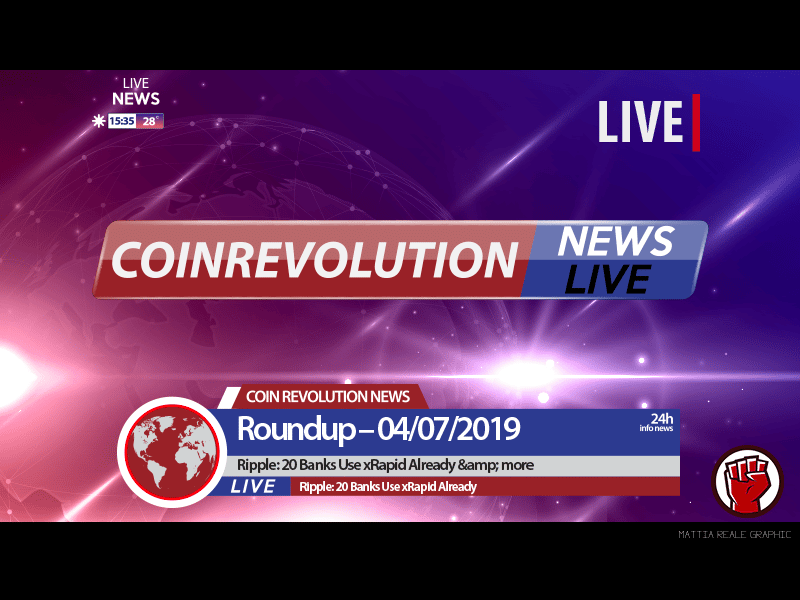 In an interview with Global Trade Review, Marjan Delatinne, Ripple’s Global Head of Banking talked about Ripple, xRapid and Facebook’s Libracoin. She revealed that more than 20 banks already use xRapid. However, regarding xRapid she described that Ripple is currently still in an ‘education phase’. Banks would still have to understand that xRapid “is not around keeping XRP on their balance sheets” which would lead to regulatory consequences. 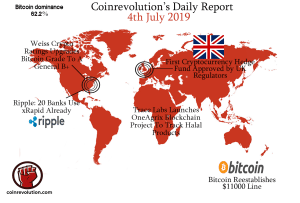 Weiss Crypto Ratings Upgrades Bitcoin Grade To A General B+

The ever-expanding Bitcoin community has a reason to be optimistic of the short term and the long term future of the Digital Token after Weiss Rating upgraded the score of Bitcoin to a healthy B+. The news comes amid the sluggish BTC/USD pair that has lost over 7% in the last 24 hours and is hanging by a thread above the $10,000.00 psychological level of resistance. Further, the BTC/USD pair is also more volatile as the sharph3> gains are usually followed by a sharp bear runs that last for hours or even days. However, amid the market instability, Bitcoin’s week-over-week gains in the last several months have been mostly indicating an increasingly bullish cycle.

In a recent article published by Bloomberg, the Financial Conduct Authority, a UK watchdog approved Prime Factor Capital application to operate as a crypto hedge fund in the country. Following the approval, the hedge fund is expected to obey all the stipulated European regulations.
One of the regulations is that Prime Factor Capital will be allowed to have more than 100 million Euros in assets under its wings of management. Notably, this is the first firm in the new financial industry to get approval to invest in various cryptocurrency assets exclusively.

The halal marketplace is set for a major overhaul after a Blockchain project for food traceability was unveiled. Dubbed as OneAgrix, the Distributed Ledger Technology project is hyped as a game changer that will proffer transparency in the growing halal economy and allow the billions of Muslims to trace the origin of their food products as per the teachings of Prophet Muhammad and statutes of the Islamic faith. Notably, the OneAgrix Blockchain platform is focusing on online halal e-commerce that has been susceptible to many quacks and cheats who are taking advantage of the Islamic world market niche beliefs to offer unauthentic foods that contravene Islamic standards.