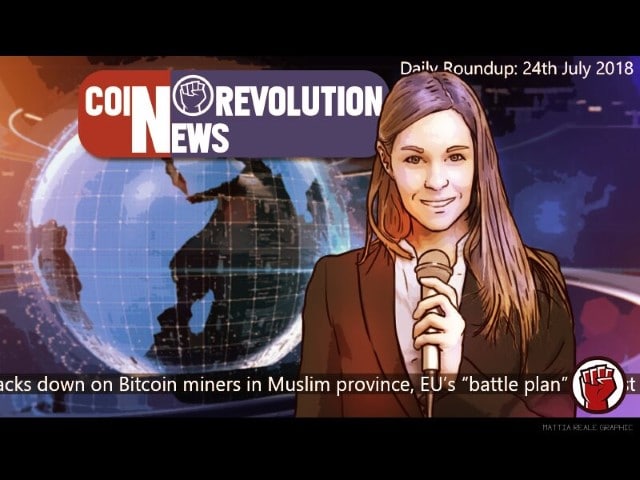 Japan elaborates its regulation of cryptocurrencies

The crypto boom does not seem to stop in Japan. As of now, more than 150 companies are waiting to get an official license from the Japanese government to run an exchange. The Japanese Yen is the fiat currency with the second biggest volume to Bitcoin after the US-Dollar. The Financial Services Agency (FSA) is seeking to expand its personnel to cope with the flooding of new crypto projects. Japan has one of the most sophisticated regulation models in the world. Companies have to meet several regulations first before getting licensed in the East-Asian country. Currently, there are only about 16 officially licensed exchanges in the country.

Zimbabwe reconsiders its anti-crypto policies due to money shortage

Zimbabwe is going through economic hardship ever since applying anti-white policies that included the expropriation of land. From 2004 to 2009 the country experienced a severe hyperinflation that is still very present in the collective memory of Zimbabwe. However, the country underwent a dollarization of its economy in the following years that is still going on. But as mistrust in public institutions and banks is high no one is depositing money into banks. The shortage of money damages the economy of Zimbabwe even more: a classic vicious circle. Now the South African country researches whether cryptocurrencies could solve the country’s problems. The finance minister Mthuli Ncube proposed a rethinking. As of now, the state of Zimbabwe maintains strong anti-crypto policies.

UK does not plan to regulate crypto

As of now, the United Kingdom is still lacking any kind of official regulation regarding cryptocurrencies. However, digital money is still not considered a legal means of payment in Great Britain. UK law as articulated in the Currency Act of 1983 or the Coinage Act of 1971 (among many others) determines that only bank notes that were issued by the Bank of England with exceptions for Scottish, Northern Irish and Welsh bank notes. Therefore, Bitcoin is not a legal means of payment in the UK. Using it as such will lead to difficulties before the court.

BitGo, a new blockchain security company has announced that it has being approved to offer cryptocurrency custody services in the United States. As noted by CCN, this approval will have a major impact on growth of the company especially now when large institutional investors are reluctant to invest more money due to the substantial risks associated with provision of these services. According to a press statement from the company on Thursday 13th September, the regulatory approval was in form of a state trust company charter from the famous South Dakota Division of Banking. At the time of writing, BitGo is now the only regulated custody service in the market that is offering digital asset storage services in the country.