On Halloween, the price of the leading crypto coin by market cap went up to a high price of $15,000. This high price is believed to be caused by the fact that Coinbase went offline for some time.

Main Cause Of The Price Surge

Bitcoin derivatives’ index were placed out of balance with the real balance during the time which Coinbase went offline. Since the price went out of the alignment, a sudden skyrocketing was seen. This is as a result of the price derivative that failed to correspond to the underlying BTC’s value. Deribit is one of the exchanges, which was highly influenced from the error that was recently witnessed. This made the perpetual swap contract of Deribit to drop to $7750, by a whopping $2000.

On the error that occurred, Deribit pointed out that the prices were placed back into alignment of a whopping $9160. However, the current trades wouldn’t be rolled back to the initial values that were recorded. There is also another exchange that was affected by the surge of the price. The BTC price for the BTSE exchange went high to $15,000. It would later come down to $6,500.

The Concern Of Other Crypto Traders

In two days, the price of Bitcoin pumped by over 43%, and this made a number of retail bulls very excited. But as all these were happening, a number of traders were also concerned since it felt like an unprecedented move. They did not worry much of the reason why it occurred, but how it occurred. But even before that occurred, the strong probability of further surge of Bitcoin and US Dollar pair was expressed. This is because it appeared to be long overdue.

The manner in which the price went up was, however, a clear case of manipulation. Some traders even asked why the big players in the market were very desperate to do this. There is also something that comes apparent on the 4H chart price action for the pair of Bitcoin and the US dollar. From there, the momentary bullishness is stimulated in the industry that is then followed by the long wicks to the price upsurge. 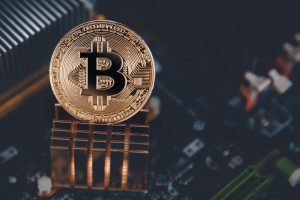 Price Above The 200-Day EMA

The latest Bitcoin pump cannot be described as a manipulated pump. As a matter of fact, it is the pump that managed to push the price way above the 200-day EMA. It was the main catalyst that got the bulls happy again. It is also the same reason that made several top analysts to stop discussing the price drop to $6,000. They instead began talking about the start of another uptrend from that. There are possibilities that the price could shoot up after certain temporary consolidation.