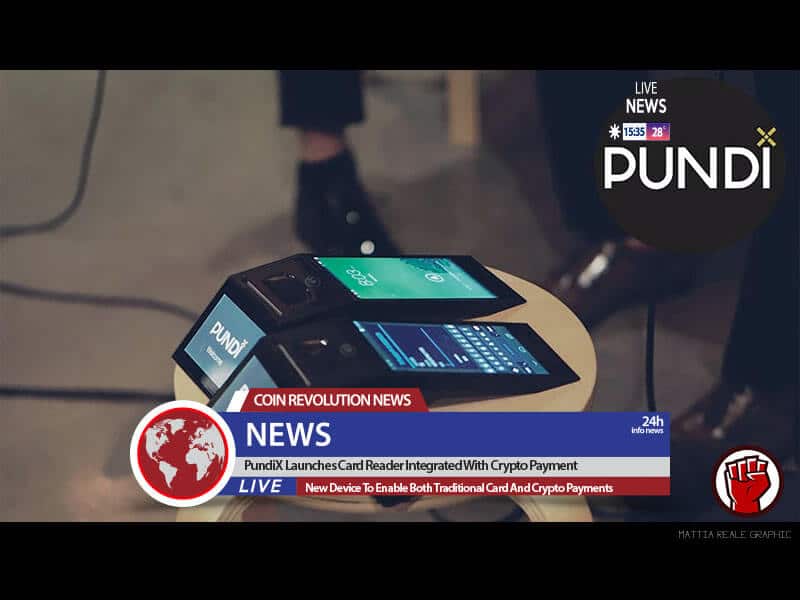 PundiX has announced the launch of a payment system which can be used by both traditional card holders as well as Crypto holders. The Crypto payments start-up has stated that this innovative integration was accomplished through utilizing a device developed by the US based POS (Point of Sale) device producer VeriFone. This is according to a press release made on the 12th of July.

New Device To Enable Both Traditional Card And Crypto Payments

In the press release, the start-up stated that this integration will now enable shops and retail outlets utilizing the XPOS module activated VeriFone X990 to process both types of payments easily using one device.

VeriFone has estimated that there are over 35 million VeriFone devices being used by merchants in 150 countries across the world. The company boasts an annual revenue of close to $2 billion. Since the official launch, there have been a limited number of the devices in the market. However, despite this, Bitcoin users get to be the first Crypto users to test out the device as Bitcoin payments are already possible. The company is one of the largest POS devices producers in the world.

More Crypto Wallets To Hopefully Be Added In The Near Future

Zac Cheah, the CEO and co-founder of the Crypto payment firm said that this new partnership with VeriFone has greatly advanced its overall mission of making Blockchain Technology accessible to more people. He added that with the XPOS software in more VeriFone POS terminals, users will be able to enjoy seamless and more secure transactions through any of the major Cyptocurrencies supported.

VeriFone’s Asia Pacific President Yiannos Papadopuolos said that the company is excited to be working with PundiX in this innovative project. He added that this integration will revolutionize the way its partner retailers enable payments with a new generation of customers who have Cryptocurrencies.

Digital Currencies Supported By The Device

This newly released integrated device will reportedly support various digital currencies. Among the supported Cryptocurrencies are BTC (Bitcoin), KCS (Kucoin Shares), ETH (Ethereum), KNC (Kyber Network), BNB (Binance Coin), XEM (Nem) and NPXS (PundiX). The device will purportedly be able to automatically make Crypto to fiat conversions during each transaction. Users can use either the XWallet app or the Pundi XPASS cards to make Crypto payments.

The company hopes to add on more Crypto wallets in the near future as the solution accepts more Crypto payments using different digital assets.

Last year PundiX rolled out its first POS devices in Indonesia. The company hopes that the country’s Central bank will reconsider its stand on Cryptocurrencies.

Bitcoin Spire 2021 Review: Is it really a Scam?