The Crypto economy has been shunned by mainstream banking institutions which have been an impediment to the overall growth in the adoption of Digital Tokens.

However, in Switzerland, players in the growing Cryptocurrency space are calling on banks to recognize their role in the financial systems and integrate them into the banking system.

Swiss Blockchain technology stakeholders are also backing up their counterparts from the Crypto space in a move that is likely to bear positive results in the near future.

The argument that the Swiss Blockchain and Crypto community tries to make to convince the local banking sector to integrate Crypto payments and DLT into their infrastructure is that the sector has matured and it has evolved to be the respectable and viable financial solution that should be taken seriously.

Crypto Markets And Blockchain Have Matured

According to the President of the Crypto Valley Association (CVA), Daniel Haudenschild, “the scams, nonsense, and hype are over.” As the industry has adopted foolproof mechanism of fraud detection.

Haudenschild also refers to the almost normalized reference of Cryptocurrencies to the “wild west” due to the many cases of flimsy and phony companies in the sector that have been scamming and conning unsuspecting investors of millions of dollars. 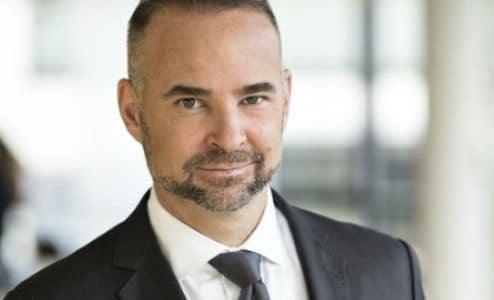 There have also been numerous cases of security lapses on Crypto trading platforms with built-in wallets where hackers have managed to identify infrastructural vulnerabilities and made away with private keys worth thousands of Bitcoin Tokens.

Nevertheless, the rampant cases of scams, hacks, and other negative experiences in the industry are adding away. In particular, the “last two to three years” have has seen more cases of new projects reaching maturity according to Haudenschild’s observation.

The CVA President was speaking ahead of the CVA conference that is being convened in Zug.

Proof Of A Maturing Crypto And Blockchain Space

To prove his point of view, Haudenschild notes that the man big tech players are adopting Blockchain technology and Crypto payments.

One of the best and most recent examples is the Facebook project that aims to deploy the Libra Coin for mass adoption in the course of 2020. The Willow Road, Menlo Park-based social media giant plans to roll out its peer to peer Crypto payment ecosystem on WhatsApp, and later Messenger and Instagram.

The project is being managed and later governed from Geneva, Switzerland, by the newly established Calibra Foundation.

Switzerland Has A Crypto And Blockchain-Friendly Space

The location of the center proves that the Swiss Blockchain and Crypto economy are mature enough and it could be at the center of the over 1 billion WhatsApp and Crypto enthusiasts planning to adopt Libra Coin for their payment needs.

On the other hand, Switzerland has a significant Blockchain community of over 750 startups and support firms. These players have been decrying the restrictive banking environment that denies them the ability to hold bank accounts.

Although the Swiss Bankers Association intervened on the matter last year, there has been little progress and it is time that the Swiss Blockchain and Crypto community ramp up joint calls for fair treatment an inclusion in the mainstream financial economy.