Blockchain adoption awareness is slowly taking a global perspective after a Kenyan daily newspaper op-ed called for the adoption of Distributed Ledger Technology by the Central Bank.

The daily nation op-ed is advising the Central Bank of Kenya (CBK) to adopt the technology to track and monitor the use of public funds in the country.

It is important to note that the country has waged “war on graft” and the rate of convictions is very low meaning that there is lack of a mechanism to track the transfer of funds from the exchequer to the bank accounts of projects developers. Further, the country has weak investigative institutions that do not have the necessary capacity to investigate graft.

Run Away Corruption In The Country Is At Catastrophic Levels?

According to media reports, Kenya has lost over Kshs. 1 trillion ($10 billion) to corruption between 2013 and 2019. This is about a third of the country’s yearly budget. In a nation where more than 35% of people live on less than $2 a day, this is a significant amount of public funds.

The country, which is also the largest economy in East and Central Africa at a nominal GDP of $89 billion, has a population of about 50 million.

There Is No Solution On Sight

Despite efforts by the Kenyan president Uhuru Kenyatta to reorganize the Office of the Director of Public Prosecutions (ODPP), the Directorate of Criminal Investigations (DCI), as well as the Ethics and Anti-Corruption Commission (EACC), reports of graft continue to appear on the local dailies. Further, corruption cases have a very low rate of convictions meaning that the prosecutors lack a mechanism to unearth credible evidence.

Over the course of last week, reports emerged of a possible loss of over Kshs. 21 billion ($210 million) through falsification of procurement procedures in a public water project in the country’s Rift Valley region. This has left the country desperate for any new solution that could eradicate the endemic problem and the possible best option seems to be Blockchain technology adoption.

According to the op-ed, Digital Ledger system of managing government transactions will guarantee transparency and accountability that is currently lacking. DLT has features such as immutability, proof-of-work protocols and proof-of-authority that can be incorporated into an ecosystem to manage the issuance of funds to projects. Additionally, smart contracts and machine learning can also be incorporated on the new platform to ensure that funds are allocated to only project developers who meet their obligations as per set contracts. 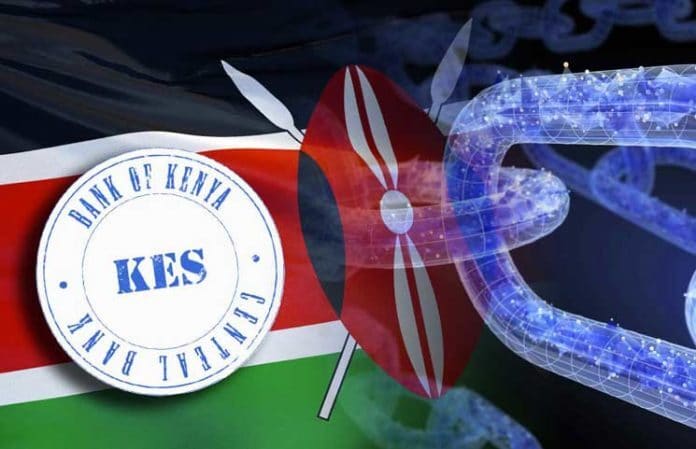 The article further suggests that the platform can be customized to manage data records in both static and dynamic forms in regards to project funding and involved parties.

Countries such as Chile, Colombia, Liberia, and Botswana have already used this technology and Kenya’s Central Bank is advised to follow suit.

If the Central Bank of Kenya adopts Blockchain technology in managing government tendering, payment systems, and supply chain management would be overhauled. Consequently, the Integrated Financial Management Information System (Ifmis) introduced in 2003 will be replaced with Blockchain technology.