It is no secret that Crypto market has been a victim of hackers since its early days. Last month, two South Korea-based Cryptocurrency exchanges lost coins worth around $70 million to hackers. Most of the stolen Cryptocurrencies are in circulation and it is challenging to quantify the actual amount. In the wake of increasing cases of hacking in this sector, one company has emerged with the promise ensuring that no more Cryptocurrencies are lost to hackers. 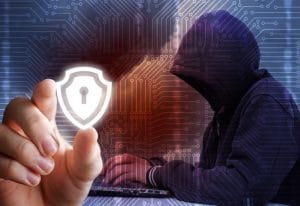 Direct stealing from exchanges is not the only method that the hackers are using to earn Cryptocurrencies illegally. Cryptojacking scripts is another method of participating in this cybercrime. Other criminals develop software that secretly mines Cryptocurrencies using the users’ computers or other devices. Another method is through ransomware where the criminals use a malware to block users from accessing their files and demand Cryptocurrencies to unlock and allow access.

Why Cryptocurrencies Are Popular Among Hackers

Hacking activities are more common in Cryptocurrencies than with fiat currencies. One factor responsible for this is that Cryptocurrencies are decentralized. Consequently, they don’t have a legal safeguard to protect players such as users, exchanges, and companies against fraud and money laundering. Hacking leads to a drastic reduction in the entire industry’s trust. However, the increasing popularity of the Cryptocurrencies is expected to fuel development of new methods of addressing this challenge.

After any successful hack, the attackers have to convert the virtual currencies to fiat. The recent emergence of many ICOs and crypto-tokens has enabled the hackers to target these smaller tokens as indicated by last year’s data. For instance, CoinDash’s ICO lost $7.53 million to hackers. In January, a Japan-based exchange, Coincheck, lost NEM tokens valued at $400 million.

Given that Cryptocurrencies are based on Blockchain, most of them are traceable. This can be achieved by following the addresses the currencies are transferred to. To anonymously transfer and convert their virtual currencies to fiat, hackers move their loot to the decentralized exchanges (DEX). They prefer DEX because they are less regulated compared to their centralized counterparts like Coinbase and Binance. The hackers rely on these exchanges to convert the stolen tokens to other mainstream Cryptocurrencies and then transfer them to centralized exchanges from where they withdraw.

A New And Promising Way Of Curbing Fraud And Money Laundering

Apart from Cryptocurrencies, Blockchain technology has other areas of application such as cybersecurity. This means it can be used to fight the same problem it creates in crypto industry. Sentinel Protocol is a product of Singapore-based cybersecurity company called Uppsala. The platform is a decentralized threat reputation database (TRDB) that holds Blockchain addresses connected with theft, fraud, and ransomware. It also contains IP addresses, malware signatures, and other important information.

Cryptocurrency exchanges can enhance their security by integrating Sentinel Protocol into their systems. By comparing important information against Sentinel’s TRDB, they can detect and block any malicious transactions. The project is expected to make it harder for the hackers to use Cryptocurrency exchanges to withdraw the stolen currencies. This will enhance the users’ trust on Cryptocurrencies and the entire crypto industry.