The crypto project Novem has received a lot of praise recently. NewsBTC wrote that “[i]f you hold these digital tokens you can redeem them for physical gold at a rate of 1/100th gm per NNN token, shipped to your location.” A statement that makes it sound like Novem is already a finished product. However, it is not. A mistake that many investors already made during the ICO craze of 2017/18. Furthermore, the news outlet does not question Novem’s assertion that it holds “[n]early $1.5 million in gold is […] stored securely with Loomis AB in Frankfurt.” In a request from Coinrevolution.com, the German company did not deny that Novem is its customer. However, we did not receive a confirmation nor a denial that Novem holds over $1.5 million in gold with Loomis.

Bitcoin Exchange Guide’s article reads as if the site would shill the project. When they state that”Liechtenstein is one of the safest fields for cryptocurrency businesses”, it is just a blatant copy of what Novem’s website says about itself. Furthermore, Bitcoin Exchange Guide makes the same mistake as NewsBTC when they write: “NOVEM works with cryptographically secured tokens and any transaction that users can make with them. This is possible through a globally distributed ledger that no individual or government entity can alter.”A very general description for a simple token that anyone could generate in a short time using NEO’s NEP 5 standard.

Apparently, professional traders of precious metals and a marketing guy have created the company Novem. NewsBTC states in its article that “the company raised funding prior to their token sale, indicating that outside financiers have vetted Novem, deeming that their business model is interesting due to the team’s broader vision of opening physical stores.” So, let’s take a look at this broader vision. 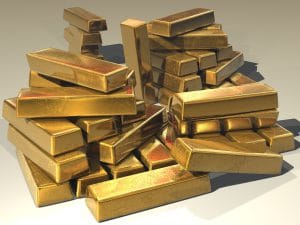 In its whitepaper, the Novem AG indicates that it aims to create  “a large network of stores for which we will be creating, implementing and enforcing the highest standards, strictest regulations”. More explicitly, “100 more new stores within the next couple of years, all across Europe”. Of course, this raises concerns, how will Novem’s concept scale? The gold market is mostly saturated and there are several players in the European market. In every major city, you can find easily a dozen of gold trading stores. It’s highly dubious that a new player with a niche-concept could establish itself well. As Novem wants to create a network of hundreds of stores.

Novem wants to make its token redeemable. However, the company does not reveal its redemption concept in its whitepaper. To enable this service reliably seems like enough of a challenge. As of several dozen projects that offered a gold token during the ICO craze only one really established itself, namely DGX.

Let’s Take a Look at the Market

Another quote of Novem’s whitepaper. “Novem generates its revenue from the buying and selling of gold. In that sense, we are not a start-up but a working and profitable business and have been for many years. Old gold can be sold to us in our stores, and with the funding of our ITO, we will open 100 more new stores within the next couple of years, all across Europe.” However, as of now, the company does not have a single store. Furthermore, it is questionable whether it will be able to open 100 stores “within the next couple of years” already.

Well-established businesses of the branch like ProAurum or Degussa have only 9 or 12 stores. However, not in Europe but in the area of Germany, Switzerland and Austria. Still, this is the very same market that the Austrian/German team of Novem claims to be most familiar with. It does not seem like a very realistic and professional goal to maintain 100 stores in Europe. Especially, for a new brand that operates with a new technology. Especially if the cryptocurrency that you want to build on is the highly controversial cryptocurrency NEO. The latter fact is another possible red flag for someone that considers to invest in Novem.