Giant Aker ASA  is Norway Based oil and gas company that has officially announced a new Unit called Seetee, which is dedicated to Bitcoin and related projects in the cryptocurrency ecosystem.

The Giant aker company has made around $58 million investment in Seetee and in future aker is willing to keep all its liquid investable assets in cryptocurrency.

Company president and shareholder Aker chairman Kjell Inge Rokke  is a billionaire investor, and one of the top 10 richest men in Norway addresses their shareholders in a letter on seetee website as

Seetee’s strategy is treble. Initially they are investing in bitcoin and related cryptocurrency projects, and then they are going to set up their cryptocurrency mining operations, for which Seetee had entered into a collaborative agreement with Block stream for Disruptive Financial Evolution

Rokke said, “In Bitcoin speak, we will be holders.” So to achieve that milestone, Seetee is planning to focus on: 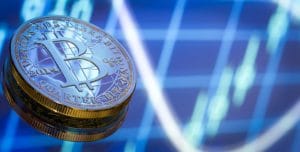 Rokke also mentioned that BTC has been criticized for its electricity consumption; said Company would set up mining operations that will transfer intermittent electricity without stable demand locally to economic assets that can be used anywhere.

Seetee plans to design modern user interfaces as a wallet, which will allow instant credit via micropayments without requiring personal information.

“I am particularly interested in micropayments and how these may enable us to avoid usernames, passwords, and our personal data being monetized with, and often without, our knowledge or consent,” Rokke said

The Future of bitcoin

As Bitcoin is a decentralized system and nobody rule out the BTC, the chance to boost up or crash is equal. Enlightening this aspect, Roekke said;

“Bitcoin may still go to zero. But it can also become the core of a new monetary architecture. If so, one bitcoin may be worth millions of dollars,”

That’s the reason they are investing in bitcoins.

A government issues fiat currency, and it is legal tender that lacks intrinsic value, while cryptocurrency is a digital asset that derives its value from its native blockchain.

“We are used to think that cash is risk-free. But it is not,” he said. “It’s implicitly taxed by inflation at a small rate every year.

Both Gold and bitcoin are rare resources. Bitcoin is a good investment for short-term profit gain, but it also has a huge risk of losing money. However, Gold is a stable investment that almost has surety to return off its investment in the long term.

As for Gold vs Bitcoin, Rokke said: “Bitcoin is like gold, but better.”