A major argument for the regulation of cryptocurrencies is that the crypto space is full of crime. Security issues are among the first things one thinks of when first hearing about Bitcoin. Further research leads to articles about various digital crimes. This is why lawmakers all over the world pretend that the regulation of cryptocurrencies is a very urgent task. In fact, so urgent that many states have outlawed trading cryptocurrencies already. One example is India. The south Asian state forbade trading crypto in April.

Regulation won’t help – if even prohibition fails to fight crimes

Still, Quartz India reported that there is a surge in cryptocurrency crime and mentioned crimes that are typical for the crypto space: phishing and hacking, fake accounts on social media and Ponzi schemes. Some cases are described in detail. A New-Delhi investor lost thousands of dollars worth of Bitcoin and lost an even bigger amount after she entrusted crooks with the task of retrieving her money. The Indian-based exchange Coinsecure was hacked and robbed of hundreds of Bitcoins just two months ago. This refutes the idea that regulation could help at all at fighting digital crimes because not even the prohibition of trading cryptocurrencies seems to have any impact on trading in the first place and seems to be even less effective in preventing or fighting crypto related crimes.

Digital and white-collar crimes have existed before there was Bitcoin and of course, they go on to exist outside the world of Bitcoin. Still, there is no denying that there is a surge in crypto related crimes. There seem to be two major reasons for that. First of all, cryptocurrencies are a novelty. While many people have heard of them, a majority doesn‘t have a clue what cryptocurrencies are. This is why people feel uncertain how to behave when investing in crypto. How to distinguish legitimate companies from fake ones e.g., which makes it easy for crooks to scam people. The second reason is that cryptocurrencies are still seen as a growing sector of the economy. Despite the dire economic situation that central banks have created, cryptocurrencies still attract a lot of interest and many investors. Criminal energy is always around and it looks for opportunity. It finds this opportunity in crypto, but as there is no essential difference between founding a fake old-economy company and a fake crypto-based economy, the reason for the

surge in crypto crimes has to be found elsewhere.

People are used to banks and other services that take care of their businesses. This is alright as long as your collaboration with them consists on a voluntary basis. 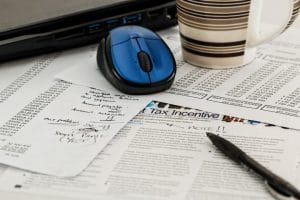 But when there are no alternatives to these services the second party might take advantage of you. As it is the case with the fiat money system that is artificially creating booms in our economy to the benefit of politicians and a financial elite and at the expense of everyone else – in a fashion that you could call financial socialism. Cryptocurrencies are a great way of protecting yourself from such manipulations and outright theft.

But on the other hand, it mean

s that you have to take care of your money yourself. As we all know, banks are not only storing your money, but they constantly invest and reinvest the funds of their customers. So being your own bank means precisely that you are well advised if you learn how to do that. Learn how to evaluate companies, how to read charts and business reports and how to spot legitimate investment opportunities. It will not only protect you from falling for unrealistically high return promises but it will also make you a.

In conclusion, the answer to a surge in crypto related crimes is not regulation, but information and education.