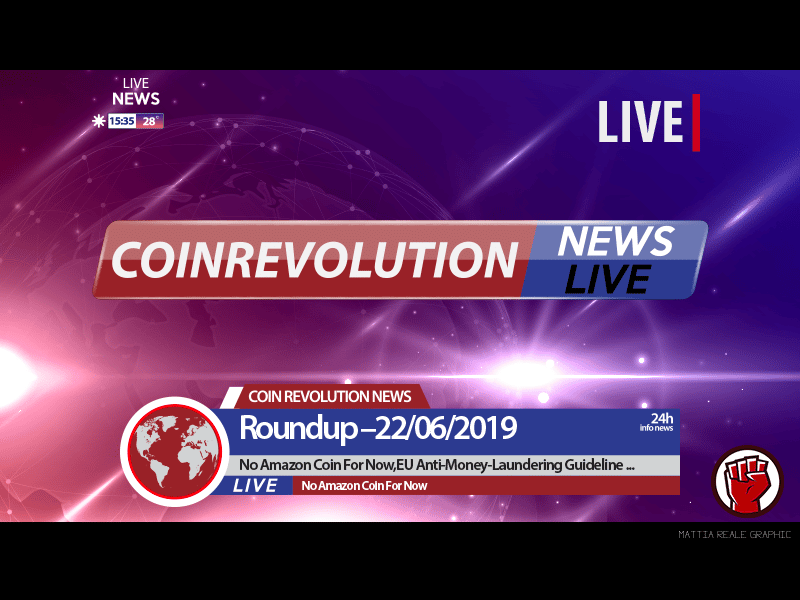 No Amazon Coin For Now

Facebook has stirred up the crypto subject way beyond the crypto space. Media and politics are reacting to Facebook’s presentation of Libra. Now everyone is wondering whether or not similarly big tech companies will come up with their own digital currency. Amazon is probably the first company that comes to mind regarding this. However, when asked earlier this week, Patrick Gaulthier, Vice President of Amazon had to say this about such speculations:

“It’s fresh, it’s speculative; at Amazon, we don’t really deal with the speculative, in the now” 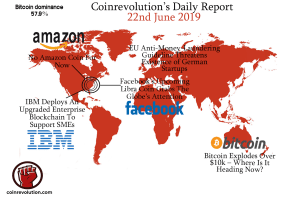 The EU does not release any laws but instead so called guidelines that the individual countries have to set into law. If a country fails to do so or does it only insufficiently, the EU can punish the concerned country. A first proposal to realize the EU money-laundering-guideline 2018/843 is threatening the existence of blockchain and crypto startups in Germany. It would require every startup to introduce strict KYC regulation, passport ID and energy bills for e.g. This would apply even to small transactions which could destroy the business model for many startups.

Bitcoin Explodes Over $10k – Where Is It Heading Now?

Bitcoin has regained the 10.000 USD level. It is something that Bitcoin had already achieved in late November 2017. Less than 3 weeks the later the price collapsed again and we entered the bear market called the crypto winter. Now with midsummer passed this year, none of that seems to be relevant anymore. Bitcoin has started a crazy bullrun from about $3500 and the market is euphoric about it. Currently, the price is shortly before breaking the $11k level with an insane price increase from 11.4% in the last 24 hours.

The Vice President of IBM Blockchain Technology, Jerry Cuomo, has announced the release of “Version 2” of the IBM enterprise-blockchain platform. In a blog introducing the next generation fork on the platform, Cuomo unveiled a new pricing model that is designed to allow businesses to pay for DLT solutions that are quoted as per their specific needs. This strategy seeks to ease the adoption of Blockchain technology for small and medium enterprises that are often burdened by high costs of network ownership when they decide to adopt DLT. Additionally, this ambitious solution is being realized by creating a versatile Blockchain platform that matches the available tools with particular business models to deliver enterprise goals and meet the expectations of clients.

Although Libra Coin is only set to be deployed in 2020 as per the roadmap of the project developers, the whole world has been drawn to discuss the Cryptocurrency that is expected to disrupt the global financial industry in a scale that has never been seen before. Some of the quarters that are keen on understanding the Libra Coin include potential retail users, businesses, and most interestingly regulators from all over the world. It is important to note that the majority of prospective retail users who form the bulk of Facebooks 2.4 billion clients are already welcoming the Crypto despite some criticisms of the project from some haters.