Worldopoly: The first AR game on Blockchain with Money Withdrawal 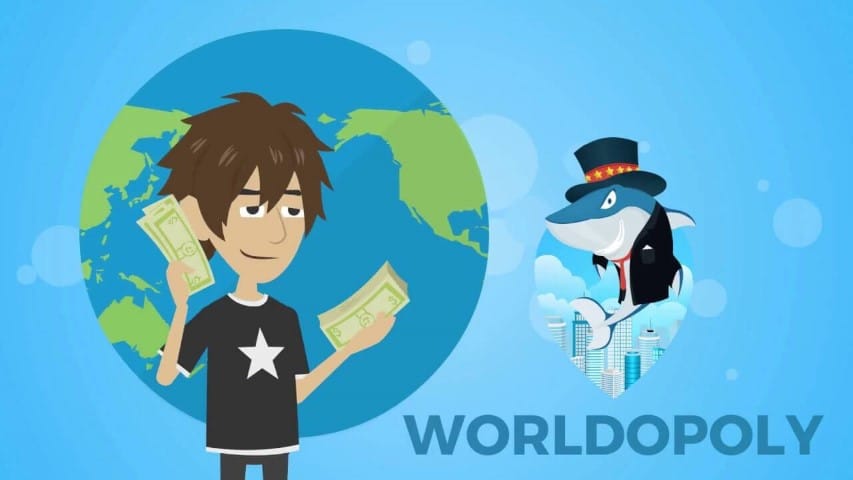 Worldopoly is a game that combines blockchain, augmented reality (AR), geopositioning, and artificial intelligence. This game is similar to the original classic, Monopoly. However, with Worldopoly, real money is used in the form of cryptocurrency, and properties are situated in real locations, with the help of augmented reality. So, players of this groundbreaking game are not bound to a board. Worldpoly turns the entire world into an exciting game where users compete to own properties. The fact that players can make actual money with this game makes it all the more interesting. Users play the game by downloading the game app on their mobile devices. Once the game is downloaded, users can begin to acquire properties and construct buildings on various streets. Users can buy and sell various properties and work together to create large construction projects, which can generate higher levels of revenue. However, hostile behavior is also rewarded, so users are also incentivized to vandalize and even destroy other users’ properties. The game uses WPT coins for currency. WPT coins are an ERC20 token.

A number of ICO games have already experienced substantial popularity. Worldopoly was in development for four years before its ICO. It is elaborate, highly entertaining, and has the potential to become extremely popular. Augmented reality, AI, and blockchain are all trends that are growing very steadily at the moment. This game leverages all of these technologies and combines them to create a user experience that is cutting edge.

Worldopoly is great practice for people who actually want to learn about real estate ownership and investing in a fun environment. However, the fact that you can actually make money by playing this game also makes it a practical way to generate profits too. All properties are securely stored in the blockchain. This preserves the integrity of the game and makes it very appealing to people who want true ownership of their properties. Players who master the game may be able to generate a significant amount of money by playing it.