What Is An ICO?

Initial Coin Offering (ICO) can be defined as the creation and sale of digital assets. During an ICO, a given amount of digital tokens is made available to the public. In most cases, the public buys the ICO tokens using other major virtual currencies such as Bitcoin and Ether.

ICOs have emerged as the most popular way for blockchain-based startups to raise capital. Companies offering an ICO will provide a Bitcoin and/or Ether address where those wishing to participate can send their funds. The company then sends its tokens to those who have sent the money.

Although ICO’s have been around for only a few years, they have become an important topic of discussion within the regulatory agencies and blockchain community. Some have termed them an innovation that is assisting small businesses to raise capital. However, there are those who feel that they are unregulated securities that are allowing businesses to raise an unjustifiable amount of funds.

Technologies such as ERC20 Token Standard have made it easy to structure ICOs. Many ICO projects have been launched on this system thereby helping many projects to raise the much-needed capital in an easy way. In most cases, the investors are required to send funds to a smart contract where they are stored. After some time, the funds are distributed in new tokens but at an equivalent value.

Why you should take part in an ICO

The decision to take part in an ICO is personal. A person may decide to participate in an ICO when;

•The new tokens will have high demand in the future leading to an increase in its price. For instance, Ether tokens were selling at $0.3 to $0.4 per token during the Ethereum ICO in 2014 and later reached the highs of $19.42 in July 2015.

•The  ICO token-holders get access to a given service such as getting a chance to get a share in the project’s profits among others.

Why startups turn to ICOs

• Given the newness of blockchain technology, it has become challenging for the startups in the sector to secure capital from the financial institutions in the current banking system. ICO happen to be the fastest and most reliable ways for such startups to raise capital.

• ICOs involve the creation of tokens by the startups. Through ICOs, the startups are able to incentivize the use of its tokens by its holders. 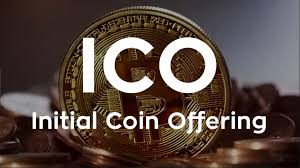 The history of ICOs

Despite many investors losing their funds through The DAO, 2017 recorded even a higher number of projects and more funds. Almost  $5.4 billion was raised in 342 projects. That year also saw some projects raise huge capitals in short periods.

By the middle of 2017, the ICOs had become the main source of funds for blockchain-based startups overtaking venture capital. Generally, ICOs became increasingly attractive to many businesses as they significantly reduced the time needed to raise capital. Furthermore, the new technology enabled the startups to raise capital without sacrificing equity.

The legality of ICOs

Regulators worldwide have had a difficult time regulating ICOs. This has been mainly attributed to the fact that the technology is new and governments have been trying to understand the sector before creating new rules. For some time, ICOs have operated in the absence of clear legal guidelines. However, recently, major progress has been made in regulating the sector especially to help in taxation and prevention of fraud.

After the infamous DACO ICO, the U.S. Securities and Exchange Commission (SEC) said that it would use the Howey test in tokens. According to the agency, any token that passes this test is treated as a security. In other cases, if a token gives the holders access to a given network or protocol, it cannot be treated as a financial security.

The recent decision by SEC is a demonstration that authorities are determined to see ICOs operating within the law. However, given the complexity of the sector and the projects involved, authorities still have a long way to go. With the new requirements in place, investors will have no option but adhere to these rules to participate in their favorite projects.

Benefits of an ICO

ICOs bring various benefits to both the issuers and the token holders.

To the token holder

• ICOs allow token holders to participate in the development of a new technology.

• ICO token holders stand a chance to gain when the coin’s price increases.

• Token holders get a chance to access a new innovative service.

• Through an ICO, the project leader(s) does not lose the equity of a company.

• The issuer gets a chance to develop decentralized business models.

• The issuers are able to raised funds through a process with fewer restrictions than through the venture capital way.

• There is a lack of enough information about a project.

• Lack of clear regulatory protection increases the likelihood of investors losing their funds.

• Some projects fail to start even after funds have been raised.

• Unlike shareholders, token issuers have little information about token holders.

• Lack of clear regulations means the issuers may find themselves on the wrong side of the law once a new regulation is introduced.

ICOs are a great investment opportunity when the correct project is identified. However, there are also chances of falling prey to unscrupulous project leaders. To reduce the chances of losing your funds through ICOs, you should avoid projects that lack transparency and those that promise unrealistic goals.