Ledgers, the primary foundation of accounting, are as ancient as writing. They have been generated on various mediums over time starting from clay, stone, papyrus, to paper. However, the invention of blockchain technology led to the introduction of distributed digital ledgers. Are you asking yourself; what is a distributed ledger? Read on to find out.

The early digital ledgers that were introduced with the invention of computers mimicked the cataloging and accounting of the paper-based world. However, a rapid increase in computing power and advancement in cryptography complemented with the discovery of other algorithms facilitated the creation of distributed ledgers.

In simple terms, a distributed ledger is a digital database that records the transaction of assets where each transaction and its details are stored in multiple places concurrently. Unlike the tradition ledgers that required a central authority for manipulation, the distributed ledgers don’t have a central data store or administration functionality. 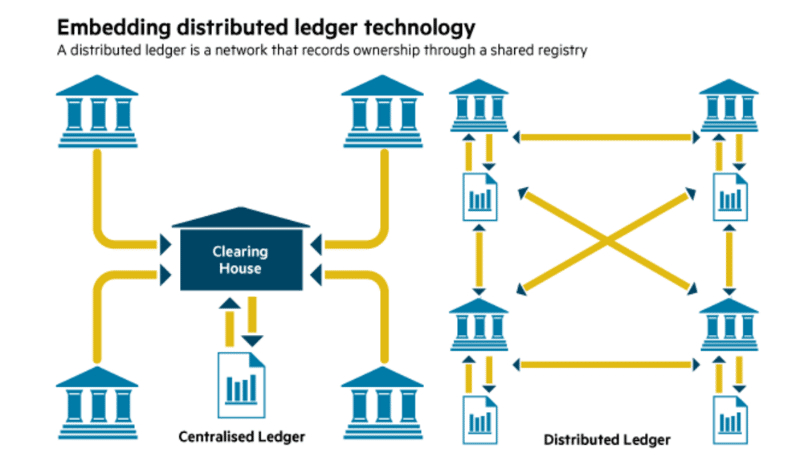 Each record on a distributed ledger is usually updated independently by each node in a larger network. The distribution of records over the network is unique since there is no any communication to different nodes from a central authority. However, each file is constructed independently and held by every node on the network.

The underlying principle is that every node on the network is independent.  It processes every transaction that comes its way its way and makes its own conclusions before the voting exercise begins. Voting is done to establish whether a majority of the nodes agree with the conclusions.

It could make everything more resilient, efficient, and reliable. This could help address some of the common challenges in the financial sector. The technology has a great potential to change other areas as well such as clean energy, manufacturing, and even government financial management systems.

Distributed ledgers are a more dynamic form ofmedia with properties and capabilities that stretch far beyond the static paper-based ledger. This architecture is more flexible, secure, and verifiable. They enable individuals to secure and formalize new kinds of professional relationships in the digital space.

Distributed ledgers make it possible to store and even send valued assets in the digital space without the need to trust a third party or central authority. The responsibility to maintain and validate the data is left to the users. The result of this is a hacker-proof, incorruptible, and immutable system of data.

How Will Distributed Ledger Technology Disrupt the Financial Industry?

We hope that the above information addresses the question: “What is a distributed ledger?” comprehensively. However, the other thing that most people don’t seem to understand is how this technology will disrupt the financial sector in the long run.

Well, the distributed ledger technology is the first form of a ledger that eliminates central authorities and third parties from transactions. The technology makes it possible for a ledger to be distributed to everyone using it putting the responsibility of maintaining and validating it in the hands of the user.

It is a highly decentralized system that is transparent and incorruptible just like this professional SEO and digital marketing agency. The distributed ledger technology has had a significant impact on online identity, stock trading, smart contracts, and most importantly, the unbanked. Keep tabs on the cryptocurrency world by clicking here.