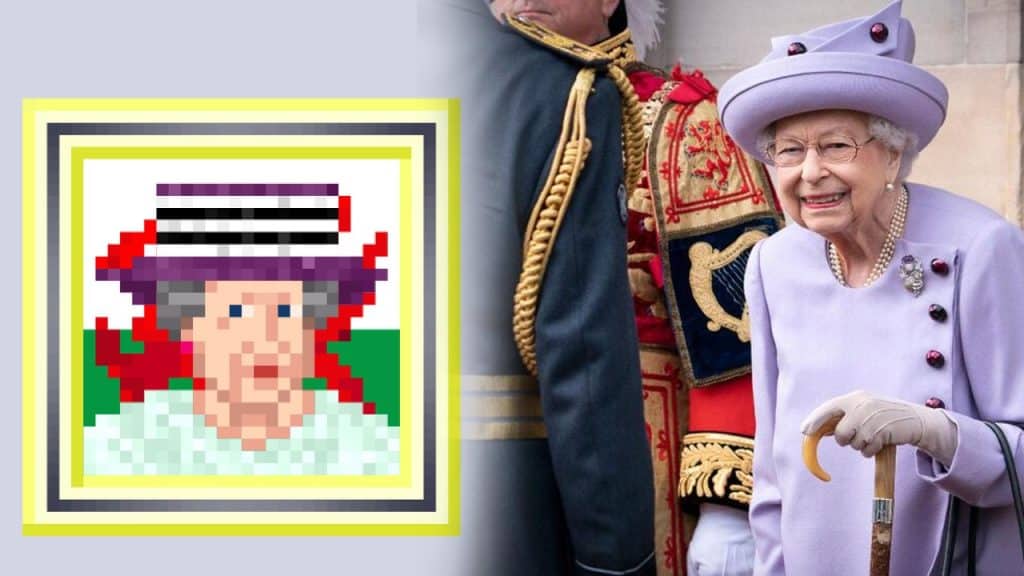 Queen Elizabeth II breathed her last yesterday surrounded by her family in Balmoral Castle in Scotland. After seven decades of dedicated service to her country and the commonwealth, she leaves one of the most iconic legacies. As tributes pour in, she is honored for being the symbol of the UK through its most turbulent times. Prince Charles, the former husband of the Late Princess Diana, is officially the King of England.

The most recent royal duty entailed confirming the appointment of Lizz Truss on Tuesday. The new Prime Minister is an avid Crypto supporter. She may promote Crypto adoption in the UK. The Parliament recently recognized Stablecoins as a means of payment in the country. The Bank of England and Her Majesty’s Revenue and Customs are also set to promote Crypto adoption.

QueenE NFT Token is on Auction

The Queen Elizabeth II NFT project started in July. With 73 mintings, the project is successful. The project was created on Ethereum Web3 by Fabio Seva and mladeth.eth. Its mission was to produce artwork for the rest of the era. At conception, the aim was to mint NFTs for art pieces every few hours. The goal changed, and the launches became a daily occurrence.

Following her death, the last NFT is up for auction. The QueenE #73 token will be the final mint since no artwork will be released. It is auctioning at queene.wtf and is likely to be one of the most iconic NFTs of modern times.

The live auction went live after Lizz Truss announced the passing away of the Her Majesty. It runs for 13 hours ending on Friday morning. At the time of writing, the highest bid price was 0.63 ETH at 4 hours to close. The highest bid price ever recorded on the project is QueenE #23. It sold for 1.9 ETH ($3,275).

In The Common Portrait of our Graceful Queen, the art bears the image of her majesty in her late sixties. She is donning a colorful hat, and her face exudes her usual demeanor that has graced newspapers and TVs for decades. The Twitter bio reads Rest in Ethereum Forever, as the live auction winds up.

The NFT Marketplace is Growing

The NFT marketplace is growing at an increasing pace. Collectibles are increasingly becoming popular. The long Crypto winter is also pushing risk-averse investors to NFTs that are relatively stable.

Secondary bid orders for Queen Elizabeth II NFTs are now at an all-time high. At OpenSea, the cheapest NFT sells for 0.88 ETH.

The royal funeral will be a 10-day affair. All the focus will be on the UK in the coming weeks as King Charles takes the mantle.