The MJAC &amp; CryptoCompare London Blockchain Summit will take place on Friday,
November 30th at Old Billingsgate, London. The event will host pioneers, innovators and
thought leaders of the blockchain industry alongside an exhibition of eminent and emerging
companies that are making waves in the sector. Those already confirmed for the show
include: Circle, Coinfloor, NKB Group, Ripple, Coinbase, BlockEx, eToro, Lendingblock
and Cumberland. The conference will examine all aspects of the blockchain industry including:

Over 1000 investors, tech enthusiasts and experts attended the CryptoCompare &amp; MJAC
London Blockchain Summit on June 13 th , with the likes of Ripple, Coinbase, CoinShares,
Coinfloor and Circle presenting on the main stage. A host of start-ups and ICOs were
presented on the ICO and Blockchain Stage and over 30 exhibitors were in attendance.

The event is taking place at Old Billingsgate, Old Billingsgate Walk, London, EC3R 6DX.
To book tickets go to: www.mjac.io. The early bird ticket price of £100 is available until
midnight on the 31st of October. Following this date tickets will be priced at £200. 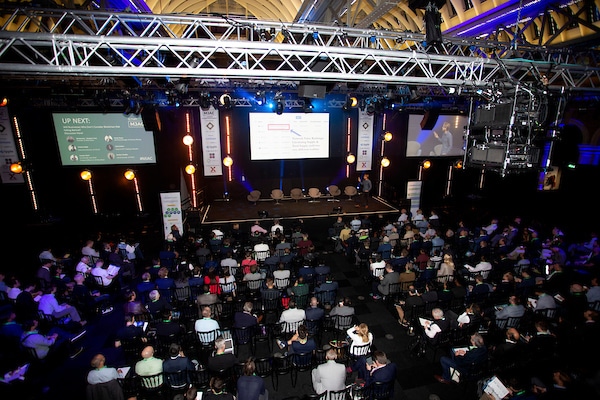 “We had an overwhelmingly positive response from exhibitors, speakers and delegates at the
last show with everyone asking when the next event was going to be,” said Matthew Collom
of MJAC. “People want to learn about the industry and we saw first-hand the huge demand
for the type of event we offer. Delegates for the November summit can expect to find the
same high calibre of speakers, panellists and exhibitors as at the June event.”

Videos of the panels and speakers at June’s event can be viewed here:
https://www.youtube.com/channel/UCqM7OIcltyn508ngmBCWZgw/featured