Lightning Network: How Bitcoins Layer 2 Is Improving the Blockchain 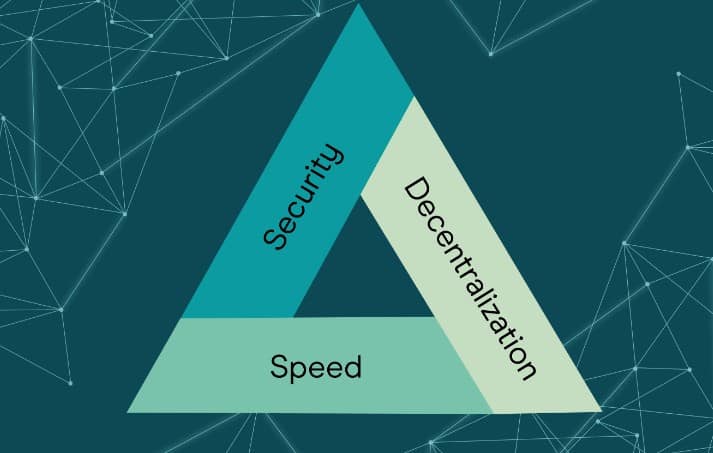 Bitcoin’s blockchain has been praised for its security and decentralisation, but it has also been criticised for its scalability issues.

However, the Lightning Network seeks to change all this.

This network is a Layer 2 solution that aims to improve Bitcoin’s scalability by enabling off-chain transactions, allowing two parties to receive and make payments without having to wait for confirmations on the mainnet Bitcoin blockchain.

But with the relative novelty of this new technology, it begs the question: is there a future for this Layer 2 solution, or will it fall short of expectations?

Let’s learn more about the Lightning Network and the factors surrounding it.

The blockchain trilemma is a curse that befalls all blockchain developers. It’s the idea that achieving three things simultaneously—security, scalability, and decentralization—is borderline impossible.

Even with thousands of blockchains out there, most blockchain technologies concentrate their efforts on two of the three concepts.

For example, increasing the scalability (or throughput) of a blockchain usually means sacrificing decentralisation. This is because more nodes are needed to execute and validate transactions, which would require a greater block size and block time. Chain splits would occur following any attempts to change this paradigm, lengthening the time it takes for a transaction to be verified.

On the other hand, increasing security usually means sacrificing scalability. This is because implementing more security measures against cyberattacks like DAO attacks requires more computational power. This, in turn, reduces the number of transactions that can be processed per second.

Similarly, increasing decentralization usually means sacrificing security and scalability. This is because a larger network of computers is needed to process transactions, which in turn increases the time it takes to confirm transactions and decreases the number of transactions that can be processed per second.

Without delving too deep, there have been innovative ideas from other blockchain developers that made creative solutions to this problem. For instance, sharding with Ethereum, side-chains and state channels offer their own solutions to the blockchain trilemma.

In this article, however, we’ll root our focus on an attempt to solve this dilemma on the most popular blockchain: the Lightning Network.

How Does The Lightning Network Reshape the Blockchain

At its core, Bitcoin’s Lightning Network is an attempt to improve the blockchain’s scalability problem.

Bitcoin’s mainnet (first layer) can only process a maximum of 7 transactions per second. Moreover, each transaction needs to be verified by all full nodes in the network, which can take anywhere between 10 minutes to an hour to validate.

This isn’t only time-consuming, but it also incurs high transaction fees, which can make small and cheap payments like buying coffee from a cafe impractical.

The Lightning Network seeks to improve this by acting as a second layer on top of the Bitcoin blockchain.

This second layer is made up of numerous payment channels between nodes. These channels allow for unlimited, instant transactions while still maintaining the structural integrity of the first layer, i.g. secure and decentralised.

Benefits of The Lightning Network

There are three primary benefits of using the Lightning Network:

The Lightning Network also has other benefits like increased privacy and the ability to support atomic swaps (exchanging one cryptocurrency for another without the need for a third party).

In addition, there’s valid criticism about the energy inefficiency of the Bitcoin blockchain. In a normal blockchain, scaling the network would require more computational power and, as a result, more electricity.

Are There Drawbacks to The Lightning Network?

Just like any technology, the Lightning Network isn’t perfect.

For one, it’s vulnerable to thefts and hacks because it’s required to be online 24/7. It also runs the risk of becoming more centralised than the main Bitcoin blockchain as it opens more connections for other nodes in the network.

Regardless, the Lightning Network presents a way to improve Bitcoin’s blockchain. While it’s nowhere near perfect, it has the potential to change how we use cryptocurrencies and interact with currencies in general.