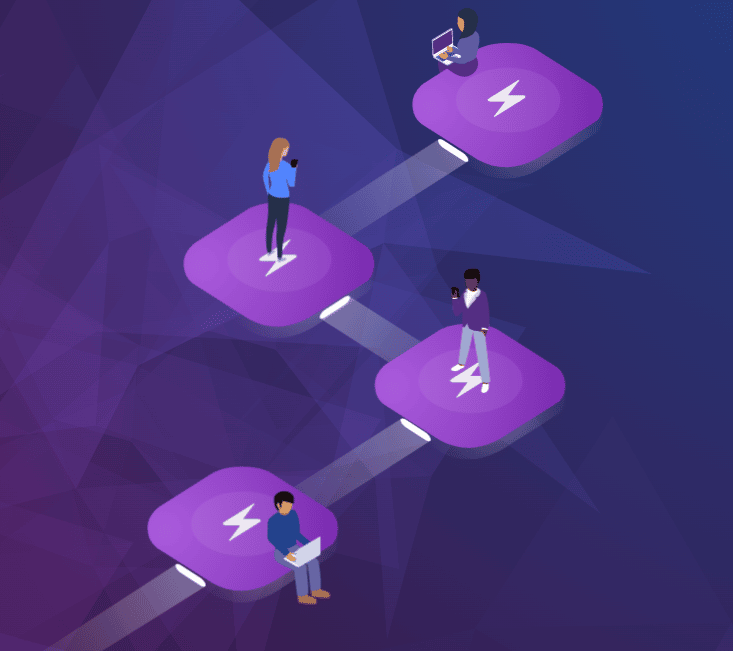 On Tuesday, blockchain firm Lightning Labs released the Taro protocol, allowing stablecoins and other digital assets to be channeled through the bitcoin monetary network. Currently, the project is in its early phases of development.

If made widely available, Taro will allow users to cheaply and quickly send payments anywhere in the world without touching a traditional bank or payment processor. Transactions would be settled in near-real-time and could potentially be cheaper than conventional money transfer services.

“What we’re trying to do is build the railroads for a new kind of economy,” said Lightning Labs CEO Elizabeth Stark.

The launch of Taro coincides with a recent uptick in interest in stablecoins, a type of digital asset that is designed to maintain a stable value.

Taro’s payment workflow can be considered a cross between the SWIFT system and correspondent banking. In other words, it would allow for the transmission of digital assets similarly to how payments are routed through SWIFT.

Today we’re announcing Taro, a new protocol to issue assets on Bitcoin and Lightning, and our $70M Series B fundraise! 🍠

One small step for bringing bitcoin to billions. 🌍

One giant leap for powering the world’s financial system with #bitcoin. 💱https://t.co/dpzdrwDMTZ

First, an invoice is created which includes the amount, the destination address, and a cryptographic hash that verifies its authenticity. It will then be routed through a mesh network of nodes that make up the Lightning Network.

The invoice’s recipient will then use their private key to unlock the funds and send them to the destination address, finalizing the transaction.

This method is more efficient and economically viable than the traditional way of wiring money through banks, and is also less expensive than making a typical bitcoin transaction.

The Lightning Network is a second-layer payment network built on top of Bitcoin. It enables fast, secure, and cheap transactions between users.

Lightning Network has already created several products, including a Bitcoin liquidity pool called Lightning Pool. It is now adding Taro to the mix.

Lightning Labs also announced that it raised $70 million in a Series C funding round led by Fidelity Investments. The funding will be used to help the network enable stablecoin transfers within its new protocol.

Among the current participants of Bitcoin’s Lightning Network are El Salvador, Strike, Twitter’s tipping function, and the Kraken cryptocurrency exchange. Anyone interested in transferring stablecoins may now do so using the Lightning Network.

This announcement comes just as regulators are poised to take action regarding stablecoins. President Biden signed an executive order last month directing the federal government to investigate cryptocurrencies and “produce a report on the future of money and payment systems,” and two US lawmakers introduced legislation last week requiring stablecoins to be backed by both US dollars and government securities.

Potential stablecoin rules, according to Stark, would have no impact on the Bitcoin Lightning Network since it does not issue stablecoins but rather serves as a transaction highway for them to be exchanged. “Issuers will be able to be compliant” if restrictions are implemented, according to Stark.

“Stablecoins aren’t going away anytime soon. I believe adoption will continue to rise,” she stated.

Noah is a Canadian copywriter with interest in technology, AI, VR, and clean-tech. When he’s not working, you’ll likely find him playing sports or reading.