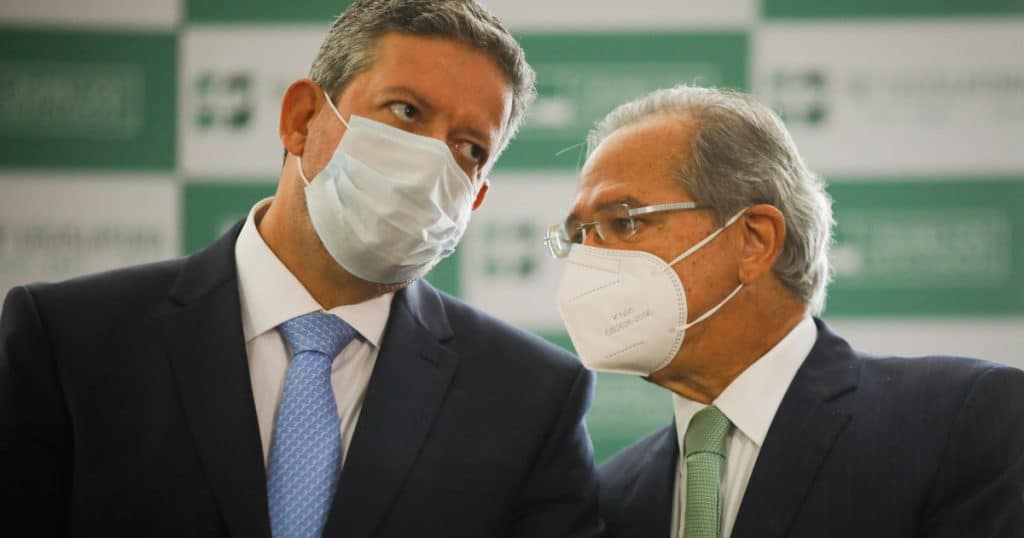 Leaders of 9 parties in the Chamber of Deputies released this Thursday (8.Jul.2022) a manifest against the proposal to reform the Income Tax sent by the Ministry of Economy. In the evaluation of the directors, the Bill (Bill) 2,337/2022, which deals with the subject, increases the tax burden. It should be seen as an “anti-reform”, with the objective of “fattening public coffers”. Law in full here. For them, the most harmed by the income tax reform will be the 14.7 million Brazilians in search of work and low-income families. This document is signed by the leaders or presidents of the so-called 3rd way parties, which do not automatically align themselves with the government or the left: PSL, MDB, PSDB, Democrats, Solidarity, Podemos, Novo, Citizenship and PV. bring together 193 deputies. For being a tucano, the rapporteur of PL 2.237, deputy Celso Sabino (PSDB-PA), is part of this group. But he did not speak or sign the document. The proposal delivered to the Chamber by Economy Minister Paulo Guedes on June 24 is considered by these politicians as a “populist measure, markedly undemocratic”. They also questioned the lack of involvement of all sectors of society in their debate and stressed that they defend a “broad reform, really.” “It is urgent that we say it out loud. For more jobs and income, NO TO INCREASE TAXES! (sic)”, they wrote in the manifesto. “The productive sectors and the working class in Brazil do not support a proposal that increases the tax burden, penalizes investments and hinders the generation of jobs and income.”From the point of view of third party party leaders, the tax reform must have as a principle the simplification of the system and economic growth. They recall that the Chamber and the Senate have debated in recent years the collection of taxes on consumption, which have a negative impact of 20 percentage points on the country’s economic growth in 15 years. “The government chose to boycott it in an inexplicable way,” they said. As the more than 130 business entities that asked on Wednesday (7.Jul) for less haste in the processing of the project, the politicians warned that the issue cannot be dealt with in a “hasty manner, under pressure from the Executive Branch to be voted at the touch of a box”. But they did not come, like the businessmen, to ask for the creation of a special commission to examine the changes in the IR rules. Business pressure had an effect on the initial position of the President of the Chamber, Arthur Lira, of voting the PL in the plenary before the parliamentary recess, which starts on July 17th. On the same Wednesday (7.jul), Lira posted on Twitter that the project will only go to vote when it is “mature” and debated with the parties. “The proposed changes are sudden changes in the route. They put the survival of small and medium-sized companies at risk and provoke instability in the larger ones”, wrote the leaders of the 3rd way parties. “The only certainty is that all of this will result in the economy’s overall negative performance.” continue reading