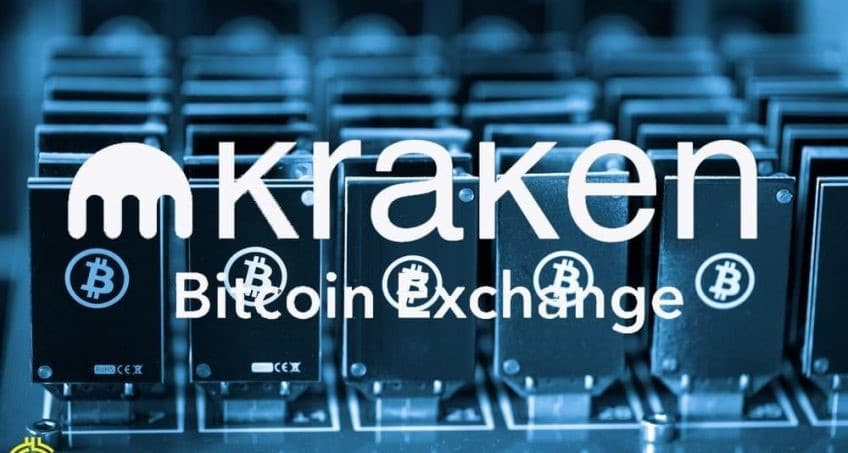 Kraken is undoubtedly one of the biggest Bitcoin exchanges in the world and the unique name definitely makes it memorable.

Kraken got a foot in the door all the way back in 2011, so it’s popularity can definitely be linked to its long withstanding reputation. Kraken is a San Francisco based exchange and abides to the US regulations surrounding crypto exchanges- giving it both accountability and heightened security.

Kraken is famous for being the first ever Bitcoin exchange to have its prices displayed at the Bloomberg terminal.

The Kraken exchange platform could not be easier to use. Kraken has many advantages for its users – one of the most beneficial being the fact that they offer many Fiat and Altcoin currencies. This means that users can usually buy the coin of their choice directly, instead of having to buy Bitcoin first and then the other Altcoins. And although Kraken is US-based, the variety of currencies and coins is what attracts many international traders.

The exchange, for the most part, is relatively standard but what sets it apart is the trading tools it offers on the site. It allows users to set certain market limits and orders. In these situations, unlikely pairs have the lowers fees and traders that offer liquidity have no fees at all.

In order to operate a huge exchange such as Kraken, immense security measures need to be in place to prevent scammers and fraudsters from taking advantage of the large amounts of money moving through the system. Kraken has many high-tech security systems in place that are constantly being updated and reviewed. Most of the fund in Kraken are stored offline, making them virtually impossible to access. 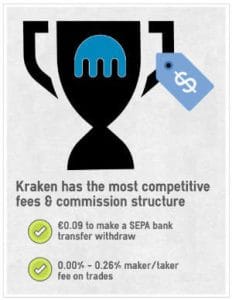 Kraken has no sign-up or monthly fees, but rather their fee structure is based on transactions. Users pay a fee for each trade they make, but the more unlikely or unpopular the trade – the lower the fee will be. As mentioned before, users that can provide liquidity won’t have to pay any fees.

In general, and compared to other trading sites, Kraken’s fees are reasonably low.

Kraken’s customer support is actually an aspect that can definitely be worked on. They have received various complaints online so they do know about the issue and are working hard to create a more efficient customer service platform.

On Kraken’s site, you’ll find many FAQs with helpful answers as well as an option to submit a question. The response won’t be immediate but you should expect an answer from the Kraken team at some stage.

Kraken is definitely a good choice of exchange. Having been in the business longer than most, they have smoothed out most of their initial kinks and flaws. While they do still appear to have customer service issues – most questions can be answered on their support portal.