Finland to Donate Sales Proceeds of Impounded Bitcoin to Ukraine

Finland has pledged to donate the proceeds of its sale of BTC recovered from criminal operatives. This donation will be a double win for the government customs officials since they will send a stern warning to the dark web funded by Crypto and contribute positively to alleviating the plight of war in Ukraine.

Announcing on her Twitter page, Finland’s finance minister Annika Saarikko confirmed the action as “legitimate and good.” The 1981 BTC tokens seized were seized from a Twitter account user identified as SuomenTulli. This indicates that the government is on course to win the war against money laundering, terrorism financing, and the transfer of crime proceeds.

In the open market, this is worth about 97 million dollars, and the government aims to achieve a total sale to maximize its donation.

The Finnish customs authority has confirmed that the 1981 BTC tokens have been assigned to local Crypto firms- Coinmotion and Tesseract. The two platforms will sell the Crypto and channel the proceeds to the government for donation to Ukraine.

Following the revelation by Saarikko that a budget amendment is in the offing because of this transaction, it is not yet clear how much the government intends to donate. However, the finance minister stated on her Twitter account that they would be donating “tens of millions,” which will go a long way in helping Ukraine after the catastrophic devastation of the ongoing war. A local media outlet Helsingin Sanomat has further confirmed that a “significant portion” of the proceeds will go to Ukraine.

Countries such as the Bahamas are enacting Crypto policies to spur the adoption of digital assets and Blockchain solutions. Ukraine is no exception, but in its case, the change of policy and relaxation of stringent anti-crypto policies came in the backdrop of the war.

As the war waged, some well-wishers were donating in Crypto, and the government had to create a conducive environment for the use of Cryptocurrencies.

Some analysts believe that the Russian-Ukraine war has accelerated the adoption of Cryptocurrencies globally. For instance, Russia has circumvented the western sanctions by adopting Cryptos.

The Impact of the Sale in The Crypto Market

According to Coinmarketcap data, 19, 025, 331 BTC are in circulation, and only 884,222 BTC exchanged hands in the last 24 hours. The 1, 981 BTC tokens are unlikely to trigger increased activity because of the volume of the Finland BTC and because BTC has matured, and its price stability is inelastic to a minor increase in sales offers. It is still time to buy as BTC traded below the $40,000. 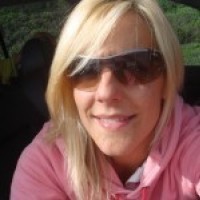 Sam Mitchell is a Freelance Writer & Fitness Instructor from South Africa, living in Australia. She comes to the team with extensive writing and Social Media experience, covering a wide variety of genres from blog posts, book reviews, Whitepapers, blogs and guides to news pieces…and more. Sam has been Freelancing for over 17 years, working with many different clients. You can get in touch with Sam at www.stmwritingsolutions.com