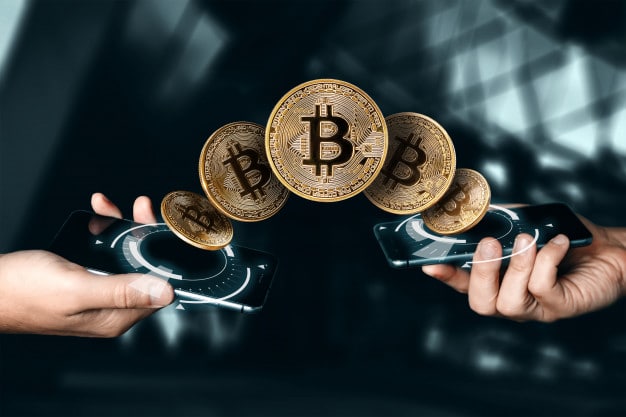 Decentralized Finance (DeFi) has the potential to massively change the banking world – yes, you can even say that DeFi is in the process of reinventing our financial system from the ground up. The sector is already far more efficient than the traditional financial world in some areas.
“Software is eating the world” is the title of an article from 2011 by Marc Andreessen. Marc Andreessen is co-founder of the investment giant Andreessen Horowitz. The company recently announced that it plans to invest a gigantic sum of 2.2 billion US dollars in crypto space – including DeFi. In his 10-year-old article, Andreessen describes that software companies will replace established companies and revolutionize entire industries. Ten years later we know that he should be absolutely right.
Amazon has replaced consumer product sales, Spotify has taken over the music industry, and websites like LinkedIn have almost completely replaced traditional recruiting methods. And how did you do it? By offering services that were faster, cheaper and better than the “old” industry. For Andreessen it was only a matter of time before software would devour every industry. But so far this has not applied to the financial sector – could DeFi change that?

While software has replaced numerous industries in recent years, it has played a comparatively minor role in the financial sector. Thanks to the established providers, high conversion costs and regulatory restrictions, innovation in the financial sector has mainly happened on the surface.
While banking apps and fintech companies have changed the way I send money, basically our financial system today is still largely based on systems that were developed in the 1970s (or earlier).
Decentralized finance, on the other hand, is building our financial sector from scratch. People are being replaced by smart contracts, paperwork by code, and law enforcement by rules set in code. As a consequence, DeFi protocols work more cost-effectively and enable completely new business models in the financial world. Interestingly, this development is very similar to the evolution within the software industry.
Initially, software developed from monolithic infrastructures and applications to microservices based on cloud technology, which realize cost efficiencies (pooling of resources, cloud computing) and have enabled completely new business models, such as service-on-demand.

Of course, it is not possible to compare companies and DeFi applications exactly. Still, P&L allows you to compare relatively similar industries with one another to get a rough idea of ​​how much more effective DeFi protocols can be.

In 2020, Deutsche Bank had infrastructure, real estate and operational costs of eight billion dollars. That is just about 64 percent of the total operating costs the company. This cost structure is to be expected in such a large and structurally important organization with a history going back more than 100 years. Compared to the MakerDAO lending protocol, this cost structure looks catastrophic.
Because MakerDAO does not need any real estate or servers distributed around the world to provide its services. Therefore, at MakerDAO, most of the operating costs fall on the workforce. However, this is minimal compared to the total net income. As a result, MakerDAO posted a 99 percent profit margin in May 2022. The Deutsche Bank, however, recorded only 16.11 percent in the same period.

We’re proud to announce Compound Treasury, designed for businesses and financial institutions to access the benefits of the Compound protocol. The idea is simple: a fixed 4% APR on US dollars, with daily liquidity and none of the complexity of crypto.https : //t.co/l8ih8IzrHh— Compound Labs (@compoundfinance) June 28, 2022

It can therefore be assumed that in the next few years more and more institutions will use decentralized financial applications as their backend infrastructure in order to offer their customers new financial services from the DeFi world. Although the integration of the DeFi protocols into the Fiat economy will incur additional costs, it will probably still be far more efficient than the current market structure.
It is still difficult to predict whether decentralized finance will ultimately establish itself as the dominant financial system. Because: Neither central banks nor governments should be interested in completely giving up their monopoly of power.