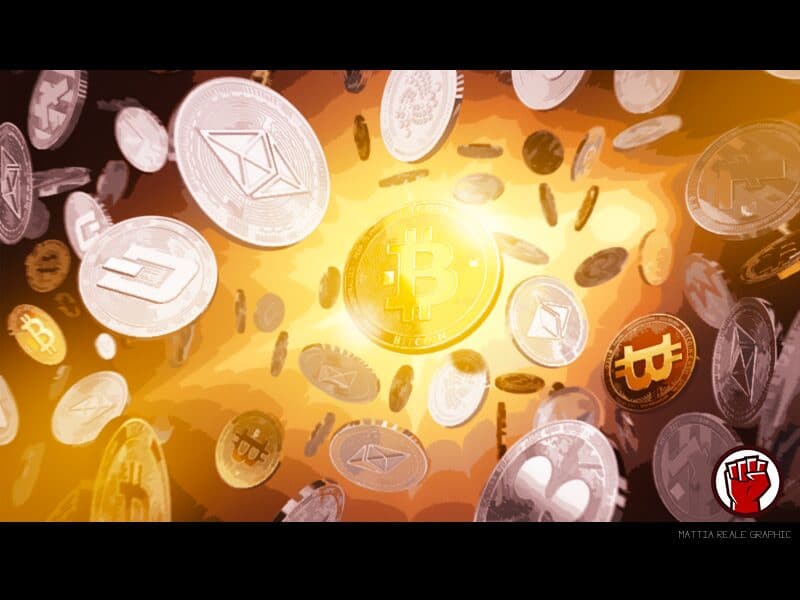 After almost two weeks of sidewards movement, the crypto market has suddenly seen a breakout this friday. As of writing this, the Bitcoin price rose by 7.8% and has just recently failed to stay above the $3,700 resistance. Apparently, Litecoin initiated the sudden price explosion and rose by a stunning 26%. Currently, almost all cryptocurrencies on coinmarketcap.com are in the green.

The total capitalization of the market rose by $10 billion to $122 billion. The Bitcoin dominance remained stable, however, and rose by only 0.1% over the day. Which still means that the market surge benefitted Bitcoin the most in the end.

Meanwhile, the crypto space is speculating about the possible reasons for the surge. The Bitcoinist reported earlier today that the hash rate is at a 3-month high and even posed the question whether the Bitcoin price would follow.  Another positive factor in the market could have been that US Securities and Exchange Commission (SEC) Commissioner, Robert J. Jackson Jr, has revealed that the much-anticipated Bitcoin ETF will be approved. However, the surge began reportedly in Litecoin which makes these reasons questionable.

So the catalyst for the price explosion was likely the announcement that Litecoin wants to implement MimbleWimble. However, the Litecoin developers are still only at the stage of researching how an implementation of MimbleWimble could be possible. MimbleWimble is a strong privacy feature that also improves scalability.