Crypto-War Between ETH and BTC 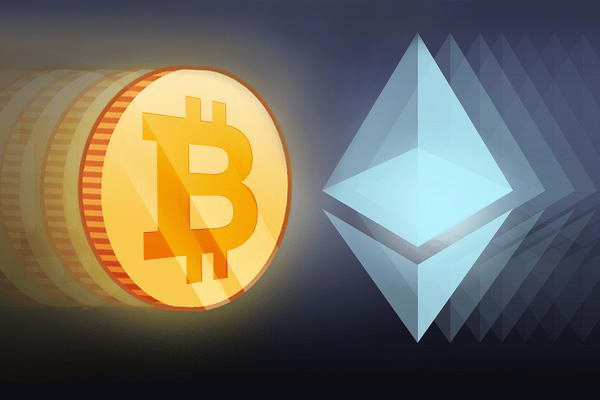 Despite Bitcoin and Ethereum both being the front-runners in the world of cryptocurrency, they are incredibly different from each other. With thousands of cryptocurrencies in existence, there are many which are remarkably similar to ETH and BTC than they are to each other!

Bitcoin is the first cryptocurrency to come into existence in 2009. The coin was created to serve as a ‘bank for the people’ by eliminating the need for government intervention, the involvement of a central bank, or any other middle man. Bitcoin is thought to be a ‘digital dollar’ that serves as both a store of value and lets you purchase goods and services, only without all the formal regulations that come with a standard currency backed by banking systems.

All payments and transactions made through Bitcoin are secured using cryptography, and you can send money to anyone without reveal who you are!

Like Bitcoin, Ether is a ledger technology that companies use to build new programs. Launched in 2015, most people know Ethereum as ‘Blockchain 2.0’. For this reason, it is often called a second-generation cryptocurrency. However, what makes it different is how Ethereum is used by programmers and developers to create applications that take advantage of this blockchain platform.

The focus of Ethereum is the creation of smart contracts which do not require an intermediary. These self-executing contracts contain terms and conditions (expressed through code) of an agreement made between peers, and the corresponding transaction is triggered when these conditions are met.

Despite doing different things, there are other key differences between Ether and Bitcoin:

It should now be becoming clearer how it is tricky to compare these two cryptocurrencies to establish which is superior to the other. Both emerged during different decades, are powered by distinct concepts, and serve different purposes. However, the choice is quite simple on the platforms that offer both Bitcoin and Ethereum to have a good time. Where to find them?

BTC, ETH and Fun at 1xBit

Several online websites such as 1xBit let you enjoy numerous gambling options with BTC, ETH and 28 other altcoins as currency options. Users can use Ethereum (ETH) or Bitcoin Cash just switching between them at any moment in their multicurrency account. Moreover, the crypto casino offers up to 7 BTC as a welcome bonus to its new users for their first four deposits.

Use a special promo code REVOLUTION125 when registering an account on 1xBit and get a 125% bonus.

There are no withdrawal fees, so your crypto is entirely yours to take. Plus, there are a variety of games that you can play, which means there is no dull moment in the casino. VIP gamblers can enjoy an 11% cashback on their bets. The registration is very simple, as 1xBit requires no personal data so no one can violate your privacy by accessing unauthorized information about you.

Most cryptocurrency enthusiasts see Bitcoin and Ethereum as the most promising investment options when it comes to digital currency – we can clearly see their growing usability nowadays. Whether you’re a fan of Bitcoin or Ethereum there is a chance to make a real profit from both of them!