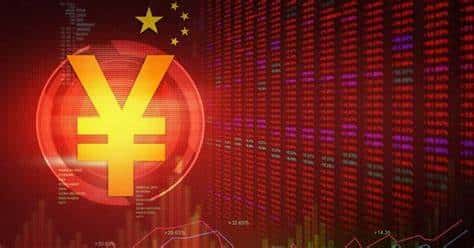 The adoption of Central Bank Digital Currencies is poised for a meteoric growth after the Chinese province of Zhejiang unveiled trials for the traditional digital currency. According to a local news outlet, the Zhejiang news, dubbed the e-CNY (acronym of the E-Chinese Yuan), the digital currency is modeled for stamp duty, tax, and social security premiums.

Since the beginning of April, the Zhejiang Provincial Taxation Bureau has collected digital currency taxes. Only three cities in the province- Shaoxing, Hangzhou, and Jinhua are participating in the trials. However, the service will be rolled out province-wide once the trials achieve the desired results.

China’s Apex Bank Is Participating in the Pilot Project

The People’s Bank of China (PBoC), through its provincial office in Hangzhou-the capital of Zhejiang, is also a participant in the study. The PBoC will play a critical role in rolling out the digital Renminbi throughout China.

Coastal cities of Shanghai, Guangzhou, Shenzhen, and more are considered for the initial rollout. This is in readiness for the Asian Games held from 10th to 25th September in Hangzhou-Zhejiang.

The PBoC also participated in a project of a similar nature during the Beijing Winter Olympics. However, the social restrictions of the Covid 19 era kept away most participants and spectators, and the apex bank was forced back to the drawing board.

What This Means for The Adoption of Cryptocurrencies in China

According to all policy indicators, The PBoC anti-crypto stance is not softening. Instead, the Chinese regulator opts for the CBDC through its iconic e-CNY token.

It is therefore unlikely to have Bitcoin, Ethereum, Ripple, and other Cryptos permitted in China in the foreseeable future. However, the autonomous Chinese territory of Hong Kong offers a Crypto friendly environment that mainland China investors can access to trade in Cryptos. For instance, the Samsung Asset Management Company (SAMC) is listing its Blockchain and Crypto EFT on the Hong Kong Stock Exchange.

According to Paul Mackle, head of forex research at HSBC, China is designing a “different kind of cash,” which is the e-CNY. The goal is to create a stable currency that is not susceptible to global shocks and that the government can intervene in case there is an external shock that is likely to impact its value.

A PBoC report shows that the e-CNY transactions worth $10 billion were done in 2021. 10% of the Chines population, which is more than 100 million people, uses the currency, and projections show that the number is rising rapidly.