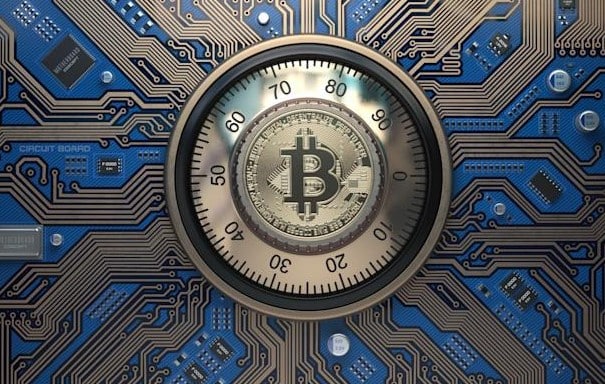 Contrary to popular misbelief, Bitcoin is not as anonymous as you might think. Although this misbelief about Bitcoin’s anonymity has existed for as long as Bitcoin itself, but we are aware that Bitcoin does not offer the anonymity that certain users need. Bitcoin is quite transparent and compared to standard FIAT money system, it is even more transparent. Anyone can verify Bitcoin’s transaction in the blockchain, a shared public ledger.

However, there are various methods and techniques that can enable any sovereign person to use this global cryptocurrency gateway without anybody being aware of their identity.

Who may need to send Bitcoin anonymously, and how does it work? Why some people need anonymous payments?  Let’s find out the answer in this article.

In its brief history, Bitcoin has caught the interest of hundreds of millions of people. There are several reasons why someone might be interested in Bitcoin. While some people only see potential investment benefits that Bitcoin offers, others are searching for it’s greater values.

However, many people decide to use Bitcoin since standard FIAT money system isn’t anonymous at all.

All across the world, people are subject to repressive regimes, dictatures, and corrupted leaders. Investigative reporters, bloggers, or whistleblowers; these people can’t use the official financial system, since they may be subject to intense government supervision and surveillance. If they are unable to use the financial system, these activists and freedom fighters may find it difficult to fight for their truths. Therefore, these people need the option to transfer money without anyone knowing the sender’s or recipient’s identity.

Additionally, there are those people that value their privacy the most. This also implies that they are circumspect with regard to their privacy when it comes to payments. However, it is quite difficult to do any transactions anonymously. These people have a tendency to be extremely private about their online activities and keep their identities hidden, which may be quite challenging in the KYC banking system.

There must be a solution for the majority of these individuals or organizations to carry on with their financial transactions anonymously and privately. Can Bitcoin provide anonymous payment option?

Well, we need to accept the truth, that Bitcoin is not anonymous.

Since Bitcoin is pseudonymous, certain information about each transaction is always recorded. These include the transaction size, the transaction fee, and the sender’s and receiver’s addresses. And this is where most people who are unfamiliar with Bitcoin become confused.

The sender’s and receiver’s addresses appear to be long sequences of numbers and letters, but they actually represent a wallet.

The anonymity of Bitcoin transactions is compromised if the Crypto wallet is associated with a real person.

In principle, it is similar to being connected to the bank account. Your identity is well linked to your wallet, if you have ever completed a KYC verification on a cryptocurrency exchange and transferred Bitcoins from there to any wallet.

Some people prefer to have control over their financial privacy and freedom. They were already briefly introduced at the beginning of this article, along with their needs and motivations.

It is important to recognize that everyone, not just those specific groups of people described above, has a right to financial privacy.

Even Bitcoin could be the right choice, especially if other technologies or tools are employed. CoinJoin is one of these technologies. Through multi-party transactions, CoinJoin, an anonymous transaction, enables Bitcoin users to increase their privacy.

This is accomplished by collecting all the Bitcoins into one pool before randomly distributing them among the recipients according to their respective payout amounts. This makes it more challenging for surveillance analytic companies like Chainalysis to follow people’s on-chain transactions.

Whir is a brand-new, straightforward, and quick solution for anyone to send Bitcoin anonymously without worrying about their identities being exposed.

Whir is completely anonymous service that won’t require any KYC or ID documentation and offers a Bitcoin transferring service strongly focusing on privacy and anonymity.

Whir also doesn’t require any accounts or logins, doesn’t record IP addresses, doesn’t employ tracking scripts, and offers a Tor version for those who want to take security and privacy a step further. With a slight variation, this service functions similarly to CoinJoin.

Whir can be used without a dedicated wallet. You create an address on the whir.to website, just like with a Bitcoin transaction, and use it to send the transaction to the recipient(s) of your choice while remaining completely anonymous.

With Whir, you can anonymize Bitcoin from 0.001 BTC to 1 BTC value. Whir charges a flat 1 percent transaction fee, so you don’t have to dig deep into your wallet to increase the financial secrecy of your Bitcoin transactions.

Considered overalls, a simple answer emerges. With the use of specific services and by following some basic safety rules, Bitcoin transaction can be truly anonymous.

Feel free to give it a try and send Bitcoin anonymously with whir.to service.