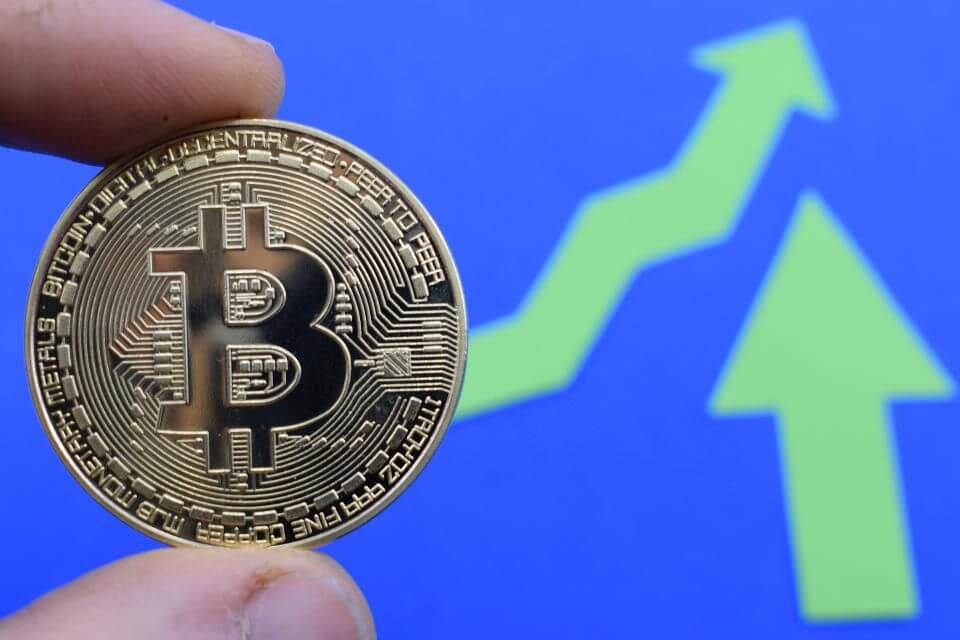 Stocks have been and continue to exhibit considerable volatility when it comes to prices. Cryptocurrency, however, seems to be getting a new lease of life if the current trends are anything to go by.

In the past five days the Industrial Average of the Dow Jones has been fluctuating and has lost approximately 1000 points. With China declaring its plans of increasing the tariffs on US bound goods worth $60 billion, on Monday, the Dow Jones tanked by a staggering 562 points.

Bitcoin, on the other hand, continued its upward price trajectory, going up by over 7%. The Cryptocurrency has been on a roll recently seeing a more than 30% increase within the past week alone. Other major digital currencies also showed a similar trend on Monday.

Lately, Bitcoin seems to be on a continued rally to get its price over the $8,000 mark. The Cryptocurrency’s price has been increasing steadily, climbing past the $4,000, $5,000, $6,000 and $7,000 mark. At 21:30 UTC on Monday, Bitcoin’s prices increased to as much as $8,195 on Coinbase, which is a 17.4% increase, equivalent to $1214, on the day’s trading session. According to CoinMarketCap data, as at the time of writing, Bitcoin worth $34 billion has been traded within the last 24 hours. At the same time Messari data reveals that the 10 exchanges identified as reporting actual volumes by Bitwise Asset Management have seen trades worth 2.9 billion.

Although the price increases witnessed on Monday is enthusiastic, it is not an isolated situation. Actually, the price of Bitcoin has been increasingly going up throughout much of 2019, and even went up more than $1000 three days ago. Within the last 90 days Bitcoin has rose up to 127% in price with close to 60% of this being achieved within the last 30 days. Bitcoin has not seen a rise in prices such as the one being experienced at the moment since July last year. In comparison to mid-December last year, Bitcoin’s price has more than doubled.

Most Cryptocurrencies are experiencing a significant increase in their US value on account of the recent upward trend experienced with Bitcoin. Among the Cryptocurrencies seeing double-digit 24-hour gains are BTH (Bitcoin Cash) and BNB (Binance Coin). Currently, Bitcoin’s total Crypto market‘s capitalization is at 60%. According to CoinMarketCap, this is the highest it has been since 11th December 2017 and is indicative of the Cryptocurrency’s lead over the others in the market.

The continual rise in Bitcoin’s price is as a result of the increased adoption of the digital currency as a mode of payment by more retailers. Among the latest to start accepting Bitcoin are Nordstrom, Crate and Barrel and Whole Foods.

Is History Repeating Itself?

Although notable, the surge is still a far cry to the digital currency’s all time high experienced in December 2017. During this time, Bitcoin’s price surged to $17,000. It is still to be seen if the price will achieve a similar feat.