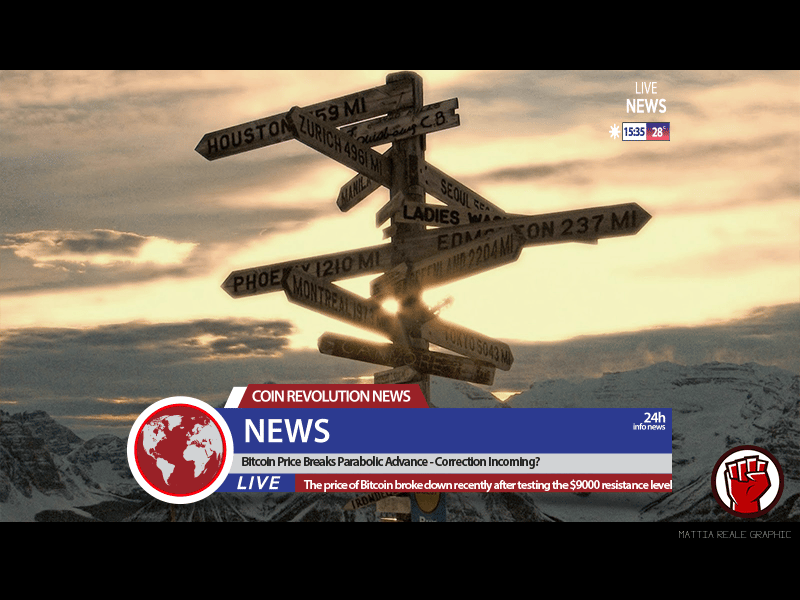 Even on the daily chart (fig. 2) the short- to mid-term picture looks rather bad now. Bitcoin broke the 21 MA on this chart already and the 55, 100 and the 200 MA define the fall potential of Bitcoin but also important support zones of Bitcoin. If we draw the trend lines (yellow) of Bitcoin’s recent price surge, we see that Bitcoin moved increasingly parabolic in the past few months. This parabolic advance was now broken significantly for the first time. A selloff in the coming days or weeks seems now more likely than a continuation of the bull market. The effect of a parabolic break started the last bear market.

The markets have awaited a correction now for quite some weeks. We have discussed this in our last technical analysis. While everyone expected Bitcoin to go up to $10000, we estimated the significant level to be lower. However, we did not correctly predict that price would break even earlier than that. Still, it seems appropriate that a significant correction sets in now. The price has almost tripled now since the the market reached its bottom at about $3200.

So, it seems legitimate ask now to which level Bitcoin could drop now. As said the 100 and 200 MA are solid support levels for Bitcoin. If breached they also could be the point of strong recoveries. But we have other strong support levels as well. In the last bear market the zone at about $6200 proved to be strong (fig. 3).

DISCLAIMER: This article is no financial advice and you should not invest or trade based on this article only. DYOR