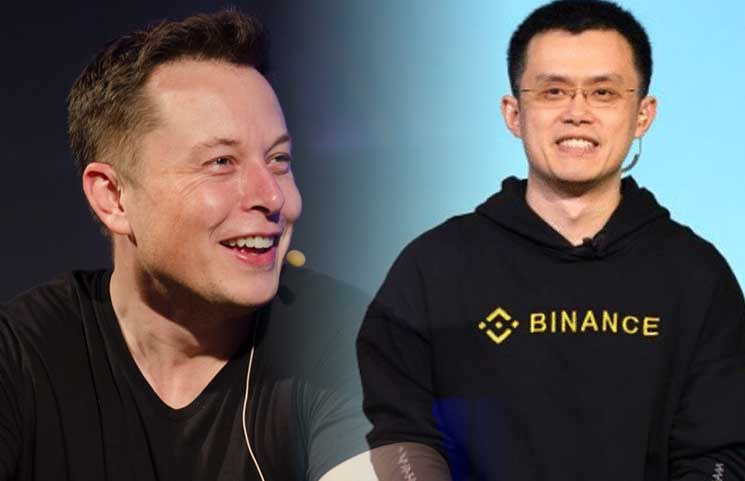 The SEC has announced that Binance is among the 18 investors who want to own a stake in Elon Musk’s $43.4 billion Twitter investment. Elon Musk’s offer was approved by the Twitter board Bret Taylor chairs. The decision is waiting for ratification and final approval by the shareholders. All indicators are positive that the shareholders will accept the onboarding of the world’s richest person on Twitter.

Binance Is Set to Have a Stake in Twitter

According to the SEC 13 D Schedule, Binance, on the other hand, is offering to invest $500 million in the $43.4 billion deal. Sequoia Capital Fund and Fidelity or other companies that have offered to participate in the Elon Musk deal might change the dynamics of the deal. As of May 5, 2022, investors have offered $7.2 billion, which is expected to grow.

Although the Binance Capital Injection on Twitter is comparably small, the Elon Musk deal which will give him control of over 7.2% of the social media giant, will expand the significance of Binance in influencing Twitter policies.

For instance, the Tesla and Space X CEO aims to increase Trust in the platform by authenticating all users to bar BOTs. This will increase investors’ confidence in the Crypto market, facilitating the free flow of information regarding trends and events in the digital assets space.

Binance CEO Chanpeng Zhao confirmed the investment on his Twitter handle and has termed the investment as a “contribution to the cause”. According to Musk, the cause is to unlock the immense Twitter potential in driving positive and revolutionary change in the world.

Building a Relationship to Achieve a Common Goal

Tesla owns $1.261 billion in Digital Assets such as BTC and DOGE. Elon Musk has been affirming that DOGE is a better Crypto for transactions, whereas BTC is suited for hodling for long-selling.

So far, the relationship between Binance and Twitter has been frosty, particularly when Elon Musk raised issues with the DOGE withdrawal problems from the Binance wallet.

Despite the history and Twitter wars between the two captains of industry, the Binance CEO Chanpeng Zhao confirms on his Twitter handle that the investment is a joint “contribution to the cause”. According to Musk, the cause is to unlock the immense Twitter potential in driving positive and revolutionary change in the world.

BNB is in the red in the prevailing bear market on the exchange front. In the last 24 hours, the token has shed 5% of its value to trade at $378.83.