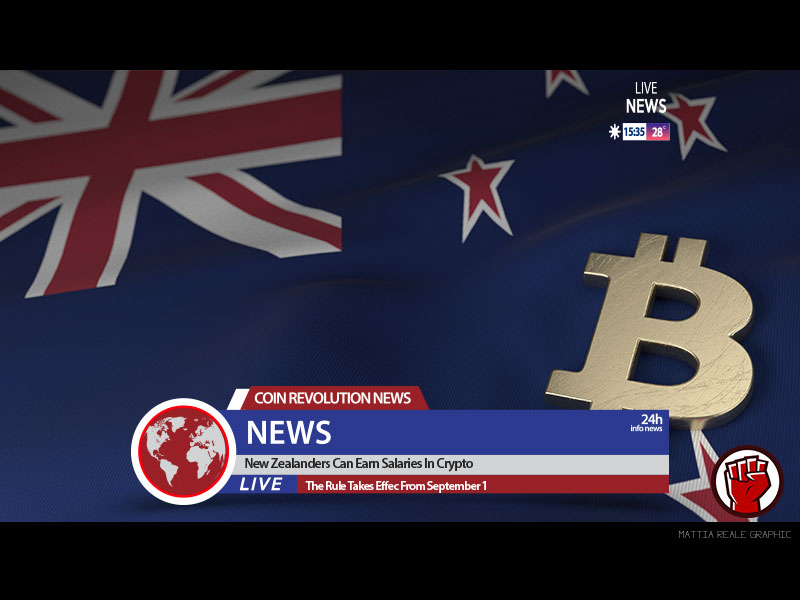 For New Zealand workers, earning a salary that only reads New Zealand Dollars could be a thing of the past after the country legalized the use of Crypto in settling salaries. This move is therefore likely to raise the status of the Cryptocurrency in the country as a legal tender. Additionally, the decision will enable mass adoption of Digital Tokens in the Pacific region a large.

The Rule Takes Effec From September 1

Notably, the policy was issued by New Zealand’s Inland Revenue and the timeline for implementation is expected to start with effect from September 1. Interestingly, payees and wage recipients will be able to select their preferred Digital Tokens. Hence, some of the Cryptos that are expected to be adopted include BTC, XRP, ETH, and more.

However, New Zealand’s tax authority has put forward a threshold for workers to select their ideal Cryptos. These standards include; the Token has to be pegged against a major Fiat currency such as the Australian Dollar (AUD); the market pair must be liquid to allow conversion from one currency to another.

Additionally, the payment has to be in fixed amounts that are disbursed in regular intervals for easier monitoring by the tax authorities. Consequently, self-employed individuals are exempted from the initiative.

The law aims to monitor payments in the countries to deduct pay as you earn income taxes. This new tax scheme is futuristic in essence as it is alive to the fact that Cryptos are the currencies of the future and the tax agency wants to position itself for the upcoming Crypto Economy.

The World Is Welcoming The New law

In most countries globally, laws that are being enacted are prohibitive to Crypto adoption and most of them revolve around banning or restricting the use of Digital Tokens. However, New Zealand is setting new precedence that can be used as a benchmark by other jurisdictions that are skeptical of enacting Crypto-friendly rules. 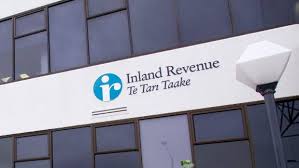 In the meantime, Crypto hodlers and evangelists have welcomed the news on social media for a where one user hails the policy as a right step towards the integration of Cryptos globally.

On the experts’ front, solicitor Thomas Hulme from Mackrell Turner Garrett- a London-based law firm- adds that the policy is evidence that governments are starting to realize that people want to own Cryptos. He says that there is a radical paradigm shift as people are starting to prefer holding their wealth in Digital Assets that appreciate in value in the long run.

Still, Cryptos Are Not Money

The policy by the Wellington-based Inland Revenue follows closely an earlier statement from the agency that stipulated that Cryptos are not “money” since there is no recognized as legal tenders anywhere in the world. However, the body concluded that Cryptos share some characteristics with money such as divisibility, hard to counterfeit, etc.

Despite the fact that the volatility of Cryptos has been of key concern to the tax authority, many people view their price movements as a key characteristic of digital assets that often culminates into bullish rallies that hodlers look forward to.

9 thoughts on “New Zealanders Can Earn Salaries In Crypto”