According to a recent article posted on Finance Yahoo, it is estimated that more than 5 billion people will be using cryptocurrency. Brian Armstrong, the chief executive of Coinbase, cryptocurrency is in the process of creating a set of alternative payment processing systems that will take over fiat currency and the centralized banking system.

When responding to a question about the future of currency, Brian stated that adoption of cryptocurrencies is on the rise across the globe thanks to the various conferences and events that are held to sensitive people about the digital currency.

Brian Armstrong is of the idea that more people will get motivated to dump the conventional fiat currencies for the digital currencies as news about the positive results investors are getting by using the new currencies spread. 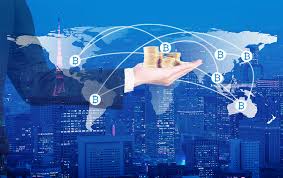 If the prediction by Brian that more than one billion people will be using the currency in the next five years, it is not difficult to see the huge positive impact that the currencies will have in the financial industry. Banks and other institutions will have no option but to come up with systems that will be supporting blockchain technology.

The Coinbase executive also mentioned that the increase in number of companies introducing cryptocurrencies in the market as well as spread of blockchain technology would have a major impact in the growth of the industry.

Governments from all parts of the world are busy coming up with policies that will help them regulate the currencies. One of the main goals of these policies is to prevent the various risks such as fraud from affecting investors in their respective countries.

In the past under regulation of the industry resulted in numerous challenges that in one way or another had an effect on the growth of the industry. The introduction of digital currencies that are backed or tied to the value of major fiat currencies such as US has really helped to control price fluctuations.

Armstrong also stated that every company that has a goal to spread its wings across the globe needs to have its own token. Every charity organization and open source project should embrace blockchain technology to protect their data as well as promote transparency in all areas.

Coinbase is the Largest Exchange Platform

At the moment, Coinbase is the largest exchange platform in the world. Reports indicate that more bitcoin and altcoin exchange transactions are done on the platform than on any other site in the world. The company has hinted on expanding its operations to all countries in a bid to enhance its competitiveness and market base.

The projection that more than one billion people will be using cryptocurrencies in the next 5 years is not far-fetched based on the trends in the market. More people and governments are willing to invest in blockchain technology than one decade ago.