The market is what is being termed as a bear cycle. Inspire of optimistic progressions that would normally improve or cause a surge, the situation remains stagnant. This can be blamed on the high volatility of the current situation.

And the situation is so stubborn, that, even after the entry of renowned organizations like Goldman Sachs, JP Morgan, and NYSE, it still persists.

The price may still stay on the upward regions of $6,000. And the situation is not any better for rival cryptos in the market

The second trend was when the coin’s price dropped from $11,000 to $6,400. It has happened and it will happen again. It’s possible for the coin to settle to around $6,000 before initiating a bounce back of over $6,000 to just above $10,000. A real investor should be vigilant of these periods and invest heavily for good returns. 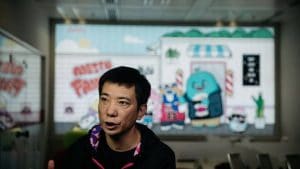 Speaking of which, a Chinese investor projected the surge levels in the initial part of this year when the currency dropped to $6,000. Wang Feng took the risk and invested in $10,000 Bitcoins when rumors of a bubble were flying everywhere. He also bought Theta, Cortex, Zipper, Dxchain, Ontology, Arcblock, Yeecall and Charter.
With that huge invest, of figures summing up to about $76 million, it’s difficult for such an amount not to significantly drive up its price, even if it’s for a short term. Feng is alleged to have bought the amount either from miners or via OTC. But that doesn’t matter.

Whichever way Mr. Feng bought his Bitcoins, any investor buying such a large amount or anything close to $50 million is brave. Whatever his strategy is, whether it’s in the short term or in the long-term price trend, he must be very confident.

And it all boils down to what I put earlier in the article- the $6,600 support level. Its likely Mr. Feng assumed the bounce back trend supported by the same amount was imminent.

Even after the market crashed in March, the billionaire was still confident in the market and rubbished it off as a minor setback. He added that, in fact, the crypto market was rising and doing very well.