The Malta Financial Services Authority (MFSA) is holding a consultation exercise with stakeholders in the country regarding the three recently passed blockchain and Crypto laws. Malta has made major strides in regulating the Cryptocurrency industry becoming the first nation to have a regulatory system for the sector. The agency is planning to gather opinion from the stakeholders with regard to the new laws. The Malta Financial Services Authority (MFA) is currently holding consultations with players in the Crypto market to discuss the three blockchain and Crypto laws recently passed by the country’s parliament. Some unnamed sources told CCN that the procedure is normal and not stalling as some local media houses reported.

Joseph F. Borg has said that although the new laws were passed last week, they will only take effect later in October. The senior partner at WF Partners also added that the duration gives the players in the industry a chance to adjust. The stakeholders also enjoy the transitory provisions at the time. The authorities also take this time to cater for the many applications common at this period.

Since the passing of the three Crypto and blockchain bills on Friday, July 20, some players in the sector have been on the rush to comply. However, MFSA has asked the blockchain sector to wait as the new laws are not yet in force. The agency is holding consultations before the three bills become law. The commission has revealed that these laws’ framework is still in early stage.

It has been confirmed that the new laws will come to force on October 1. Consequently, MFSA has asked the operators not to send requests for approval and authorizations until the authority announces. The introduction of the new regulation comes after the country passed the Virtual Financial Assets Act at the beginning of this month. 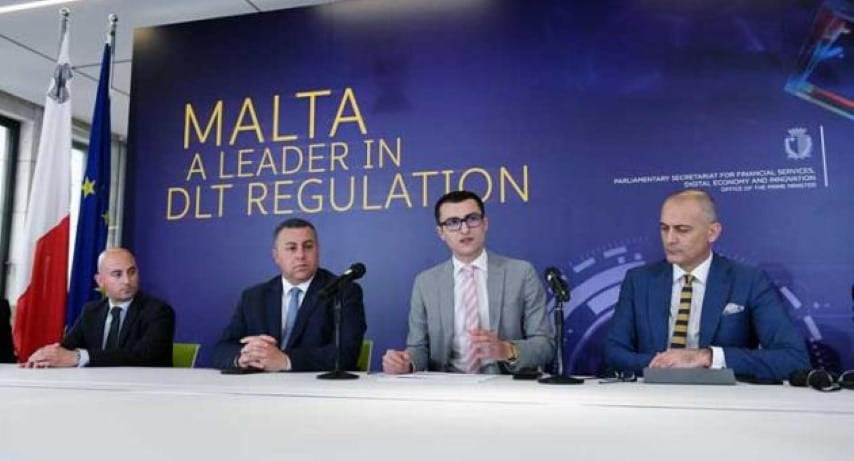 Recently, Malta has been determined to regulate the Blockchain and Crypto sector to make the country number one destination for investors in the sector. The country has become the first one to have a regulatory system that is designed for blockchain-based businesses. MFSA is currently working with the various stakeholders and is planning to publish a Rule Book before the end of this month.

The new VFA Act has led to the creation of the Malta Digital Innovation Authority Act (MDIA). The agency’s main role will be to oversee the sector. The MDIA Act will also certify and supervise all the applicants. The application for the registration will be voluntary under the Innovative Technology Arrangements and Services Act (ITAS).

The Maltese Parliament has played a major role in ensuring that the new laws are passed. The parliament has helped in bringing the ‘financial instrument test.’ The test will be used to establish whether a DLT asset is a virtual token, electronic money, virtual financial asset, or a financial instrument. The new laws will be published in the government gazette after the development of the framework under the VFA Act. The government is collecting opinion on issues such as fees and penalties among others. The consultation will continue until Friday 27 July after which MFSA will issue rules and regulations.