BTC’s price remains at $10,413 on 13th February. In addition to the considerable gains in the altcoin community, the total market capitalization stands at $305 billion while bitcoin’s dominance at 61.8%. The technical charts seem to point up while a new regulatory threat pounces ready to strike.

The FinCEN department of US plans to make significant changes in crypto rules. Just recently, in an address before the Senate Financial Committee, Steven Mnuchin the treasury secretary recognized cryptocurrencies as a safe haven for illegal parking of funds that was similar to the Swiss accounts.

Mnuchin added that it was treasury mandates to make sure cryptocurrencies moved forward while also making sure they weren’t used for illegal means equivalent to old Swiss secret number bank accounts.

Financial regulatory bodies in the US could look to suffocate the flow of unsolicited cross border transactions. They could also attempt to curb suspect manipulations in trading on exchanges.

Crypto exchanges in the US have undergone massive changes in the last couple of months. This might have led to Binance opening a separate unit in the country while driving exchanges like Poloniex and Bittrex out of the US.

In addition, there are thousands of crypto in the market at the moment. The SEC watches over the launch of new projects while monitoring past unregulated sales and imposing fines. The SEC commissioner Hecter Peirce has proposed a 3 year incubation period for new digital assets to be categorized as commodities or security.

Only BTC Accepted As A Commodity

At the moment, only BTC is accepted as a commodity while Ethereum and Litecoin have been given a positive recommendation. Stringent regulatory stints have been the reason for many BTC crashes in the past.

Bitcoin has been busy establishing itself as a safe haven. CNBC, a leading financial news outlet, just covered the breach above $10,000 with a positive note. The news outlet posted a 99-second video covering the bullish case for bitcoin. 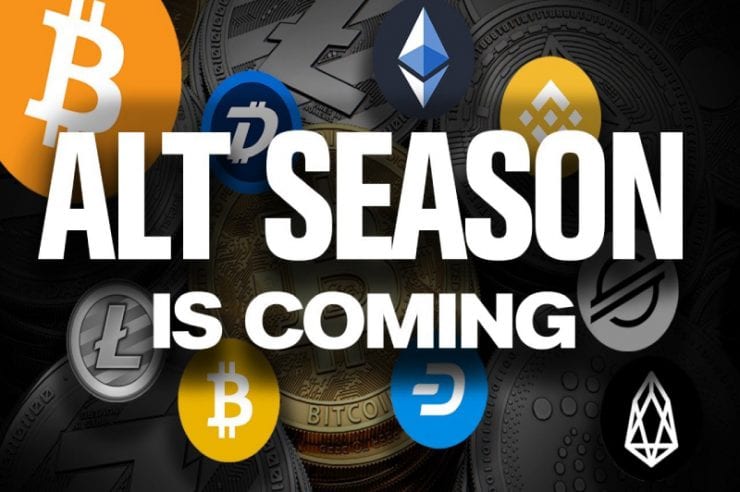 Meanwhile, Ripple just broke key resistance at $0.3200 and this could be a sign for a bull run. In addition to the new price developments, over $25 million in XRP were transferred from Bithumb to an unknown wallet, adding more spice to the bull narrative.

The development is an addition to a surge in the crypto market where top cryptos gained handsomely in the past 24 hours. Ethereum gained 15%, XRP by 11% and Tezos by 10%. This could be the much-awaited all-season according to some prominent analysts.