On one side of the cryptocurrency encampment Bitcoin (BTC) holders are licking their wounds after their value has stagnated after this past week. At the same time, those with altcoins are ready to pop open the champagne. Chainlink or LINK, has been touted as the Tesla of the digital currency world and people are hoping that it will continue to soar to ever greater heights, but is the sky the limit or will it push towards the front of the market?

Once LINK had managed to move past the elusive $5 USD point, it jumped to a new personal record for the cryptocurrency at $8.40. This has given Link a position amongst the coveted top ten cryptocurrencies on CoinMarketCap. Many members of the crypto community and external speculators are hopeful that LINK’s performance will be indicative of a general trend of growth amongst altcoins.

However, while we cannot be certain about the fates of the wide array of altcoins available on the crypto exchanges, there are a couple of things that are known for certain. LINK was forecasted to reach roughly around the $7.00 mark, but by hitting $8.40 it has smashed the analysis right out of the park. There is a theory that as people begin to sell their holdings, the price will begin to move in a downward trajectory. However, this is most certainly not a bad thing. 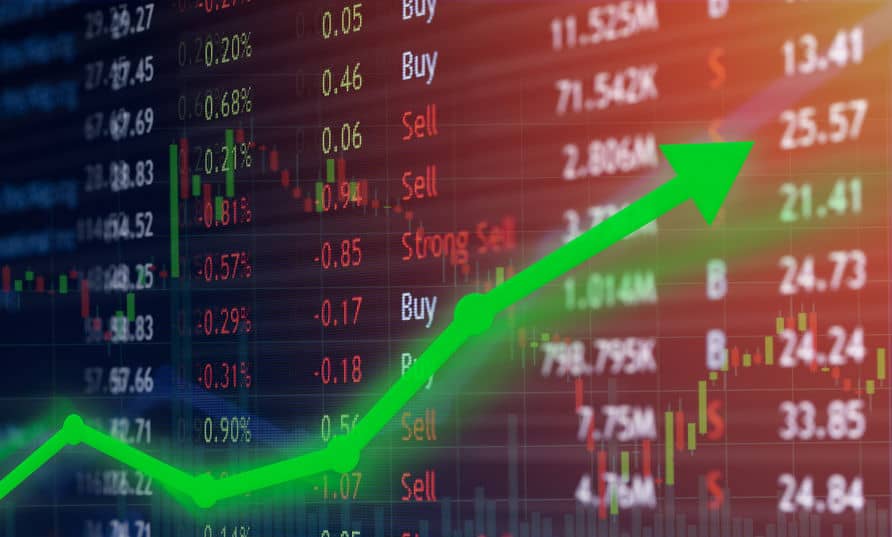 Where Will LINK Go From Here?

After reviewing the 1-day results, it was clear that LINK has a large amount of support throughout its value, with a definite level around the $6.00 mark. Although this is good news, a move towards the $5 point would be more likely as that was the breakthrough point before the massive price surge of the past couple of days.

It Isn’t Just LINK Profiting From A Breakout, LINK/BTC Is Doing Well, Too!

However, there are many who are hopeful that if LINK can stick it out at the $8.40 level, it could soon be at $8.50, if not beyond. In related news, the LINK/BTC combination has also undergone a surge as of late. The pair have been battling against a ceiling of 0.00055000 for a while, but fortunately, it has weakened over time.

The LINK/BTC pairing suffered at the 0.00055000 level for the past 7 months, once it maneuvered out from the previous fixture, it immediately began to push upwards. However, massive overextension has been observed in the data. Therefore, analysts are predicting that it is likely that LINK/BTC will move down to roughly 0.00065000 sats, based on the previous wall.

Overall, things have been looking good thanks to LINK, and since LINK has jumped up to new heights, many are hoping that this strength will also bolster fellow crypto token Tezos. The power of cutting out from resistance levels seems to be contagious within the cryptocurrency markets, which crypto token do you think will be next?