For decades, Asian countries have been setting the pace for technological advancements. The region has been at the center of major technological revolutions, especially from the late 20th century.

Arguably, the latest technology is Blockchain and Cryptocurrencies. China, Japan, India, and South Korea are leading in DLT innovation as well as the adoption of Digital Tokens. At a closer analysis of the three largest economies in the world which are the US, China, and Japan, there are different approaches applied to the industry and consequential different results.

Firstly, the US FED, SEC, and CFTC have been largely passive in regards to Blockchain and Cryptos with no clear stance. On the other hand, China is anti-Crypto but pro Blockchain. However, Japan has been able to strike a balance between regulating Cryptos and promoting Blockchain technology.

Japan’s strategy is, therefore, a source of crucial lessons that other countries or lobbyists can promote to grow Blockchain and Crypto adoption in their jurisdictions.

According to a Reuters report on October 24th, 2018, Japan’s Financial Services Agency (FSA) allowed Japan Virtual Currency Exchange Association to sanction and police exchanges for any violations. This self-regulation rights ensure that Cryptos and Blockchain companies adhere to the highest standards to gain the trust of local investors. This has made Japan a haven for Blockchain innovation and Cryptocurrency utilization.

For instance, as China and South Korea banned ICOs in 2017, Japan allowed startups to crowdfund in the country in a regulated environment. This has led to the mushrooming of Blockchain platforms that are making Japanese industries more competitive.

The Japanese Accept Cryptos As Money

In Japan, Cryptocurrencies are viewed and used as alternatives of the Yen despite not having a legal status. This is because people take pride in using Cryptos such as Bitcoin that was developed by Satoshi Nakomoto who is alleged to be a Japanese. 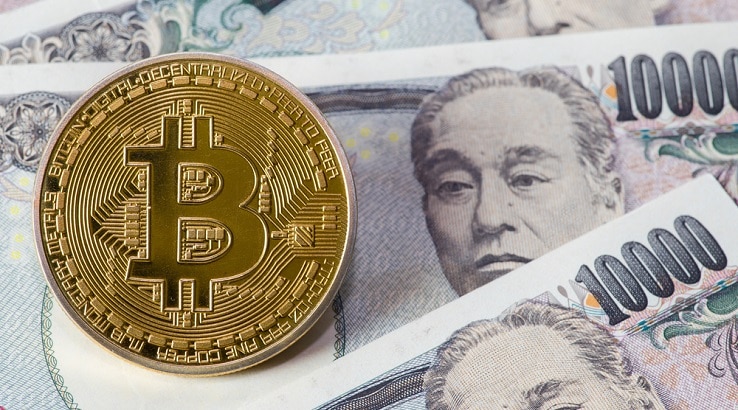 Secondly, the Japanese have never embraced credit cards and they mainly transact using cash. Hence, the advent of Digital Tokens offers an alternative to the cash-centric norm and many people are finding it efficient.

Thirdly because of the 1989-90 real estate glut and the ensuing Plaza Accord of President Ronald Reagan, the people have an affinity to shun traceable credit cards and cash-based transactions. With a better alternative being proffered by Cryptos, many people are embracing Digital Tokens that are decentralized, privacy-focused, safe, and easy to use.

Mark Karpeles, while living in Japan, distributed BTC to new users to market Cryptocurrencies. This strategy allowed many to experience the convenience of Digital Tokens. Despite the Mr. Gox disaster, the FSA has been able to create an environment that protects Crypto investors and this has continued giving the Japanese more trust in Cryptos.

Additionally, Mrs. Watanabe effect has exposed more women to Crypto investments as they are financial decision makers at home. This crucial demographic’s participation in Bitcoin transactions has played a major role in bringing on board a large part of the population to participate in Crypto markets.

Therefore, other countries can learn from Japan to become havens for Blockchain technology and Cryptocurrency adoption.