Lamborghini, The Status Brand For The Crypto Boom 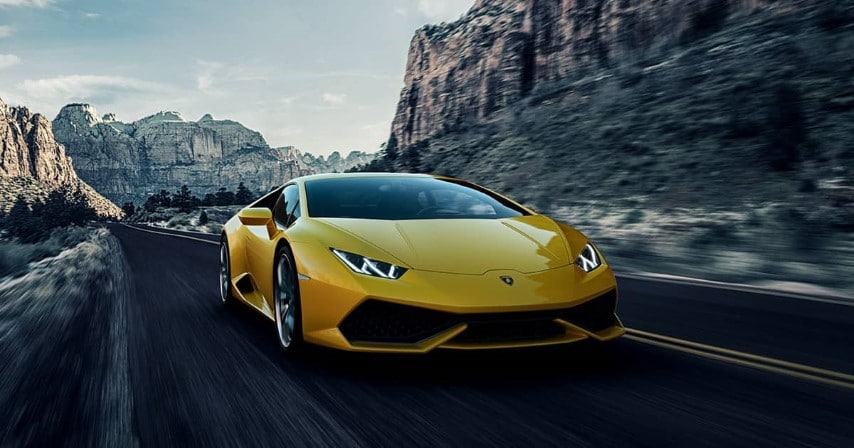 If you were at the crypto confab hat last week in Manhattan, you must have noticed the carpark full of Lamborghinis. It was kind of intimidating if you didn’t have one yourself. Because every crypto boss you know probably had it.

There are reports that the whole thing might have been a stunt by a crypto exchange. It is alleged that the exchange rented the luxurious car for bragging status on the success of the crypto world. Whether it’s a fact or fiction, renting and buying the supercar is still damn expensive.

The ‘Lambo’, as commonly known, is slowly becoming a symbol of wealth in the crypto universe. Even as new coins become launched, questions will always be asked. When will it be worth enough to buy a Lambo?

You simply can’t ignore the rising numbers of crypto millionaires who are not shy about flaunting their wealth by acquiring the supercar. The numbers have grown so rapidly that, if the car in front of you is a Lambo, the occupant is probably a crypto bro.

Lamborghini Is Only For The Elite

On the other hand, the car itself has always attracted the elite and has for decades been a symbol of status. And crypto success has fueled its demands. The last few months has seen its sales hit the roof. And you can you guess the period these sales reached record highs.

You are right, December and January. Digital currencies gained prominence end of last year with Bitcoin, in particular, hitting a record high price of over $19,000, only 7 years after its launch. No wonder the first thing early investors did was get themselves a Lambo.

According to Red Peak CEO Susan Cantor, the car has always stood for new money. Nobody needs a Lamborghini, it’s only made for the few elite people in the society known for unreasonable and excess wealth.

The company itself even doesn’t have to market its product. Its model has been featured prominently in rap and hip-hop videos. Some of the few known include Rick Ross’ ‘Lamborghini doors’, ‘Lamborghini high’ by a$ap mob and Kanye West’s ‘mercy’.

Owning the car model is provocative by itself. It’s a clear sign that you have made it in life and you are unapologetic about it. In fact, you can’t drive in a Lamborghini and don’t get noticed, unless you are driving in a midtown Manhattan crypto meeting where everyone has a Lambo for himself.

Association Of Lamborghini To Crypto Could Be A Risk

As Cantor argues, the association of the brand to a certain socio-economic level of people could also be a risk. First, it puts the company in a pressure to deliver promises of essence and performance.

Second, there are also a few brands in history, which have since fallen after being linked the same way Lamborghini is. For instance, the 2004’s sharp decline in Burberry sales was attributed to a certain group of individuals. The truth of the matter is, it causes opposing groups not want to buy the product.

A similar situation happened when Prada, a top sneaker company got associated with Chavs. It resulted in some clubs banning people wearing the same, especially if the group is controversial.

Some brands like Ralph Lauren have been wise enough to keep themselves distant when they were associated with racial groups.

But as for the crypto world, the script is different and the sentiments about Lamborghini and Cryptocurrencies are mostly positive.