Two American film producers are planning to produce a Crypto-inspired movie that will feature Kurt Russell. This is not the first time that Wall Street has inspired the production of movies and the Cryptocurrency movie is not the first one. The two producers have already confessed their love for the virtual currencies and that they have tried their best to make it as accurate as possible.

A Cryptocurrency Movie To Be Released 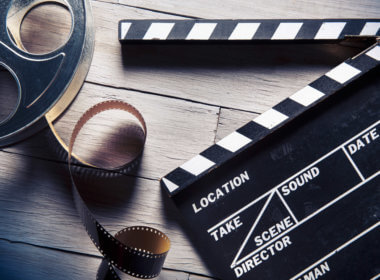 A new Crypto-inspired movie named “Crypto” is already in post-production. The movie will be crime-based and will be a little different from how we understand Cryptocurrencies. However, such movies on the financial world have been good sellers in the past. A good example was The Wolf of Wall Street by Martin Scorsese which had massive sales.

Some of the prominent actors in the movie include Kurt Russell, who has previously featured in Guardians of the Galaxy Vol. 2 and Escape from New York among other movies. Another world-famous actor is Beau Knapp, who was involved with The Nice Guys.

The producers of the new movie are Jordan Beckerman and Jordan Yale Levine. A few days ago, they told Inverse, a news and culture website that they are not Crypto experts but are big fans. They also revealed that they have tried to make the movie as realistic and relatable to Crypto dealings as possible.

Yale Levine said that they have both dealt with the virtual currencies in the past but they don’t’ consider themselves experts in the sector. He admitted that the idea about the movie came from their writers and it is only then they dived into research on the topic. According to him, the writers played a crucial role in ensuring that the movie was authentic.

The Movie Will Be Exciting To Those New to Cryptocurrencies

During the interview with Inverse, it emerged that movie is industry based as it is mainly about the subject. Consequently, it may not be too exciting for Crypto fans. Die-hard Crypto fans will be shocked to find that the movie does not even focus on any given coin such as Bitcoin, Ethereum, and Litecoin among others.

Beckerman has said that the movie is broad and will not feature any particular coin. Many Crypto newbies will find the movie informative as it demonstrates the applicability of Cryptocurrencies in real life. Nevertheless, the movie will involve subjects such as the smattering of the Cryptocurrencies, crime, and corruption.

The two producers have a positive view about the Crypto industry. Although they are not virtual currency experts, they hope that new innovation will be here to stay. They said that is why they had to produce the film. They would like to produce a film on an industry that is not fading.

The Movie To Be Released Next Year

It has also been confirmed that the Crypto-inspired movie will be released sometime next year. Currently, it is in post-production. Yale Levine has said that for now, the footage looks fantastic.

Once released, the movie is expected to expose the industry, especially to those who know little or nothing about the Cryptocurrencies. Many Crypto enthusiasts around the world will be waiting to see how the new movie pans out.