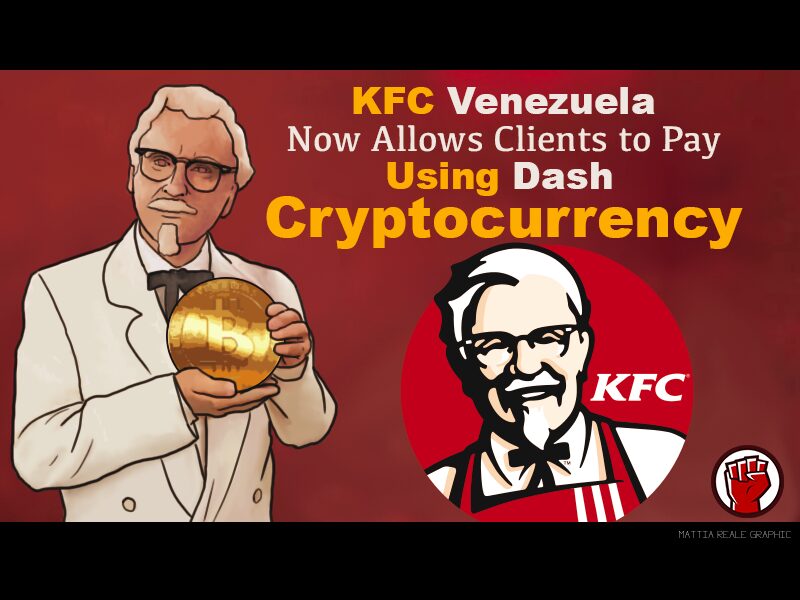 Venezuela is one of the countries that are keen on using cryptocurrency to redeem themselves from economic crises. KFC Venezuela has announced that clients can now pay for services using Dash cryptocurrency. Other global companies that accept this cryptocurrency include Papa John’s and Subway.

According to the KFC management team, the company plans to roll out the program at its main store in Caracas, Venezuelan capital, before expanding to other location across the country. Notably, Alejandro Echeverria, the Co-founder of Dash Merchant Venezuela, has been working closely with KFC for the last three months to promote adoption of the cryptocurrency in the country.

Echeverria recently revealed that more than 2,445 merchants in this South America country already accept Dash as one of the primary forms of payment for their goods and services. This news is clear proof that Dash is gaining traction across the globe and the movement is growing fast. 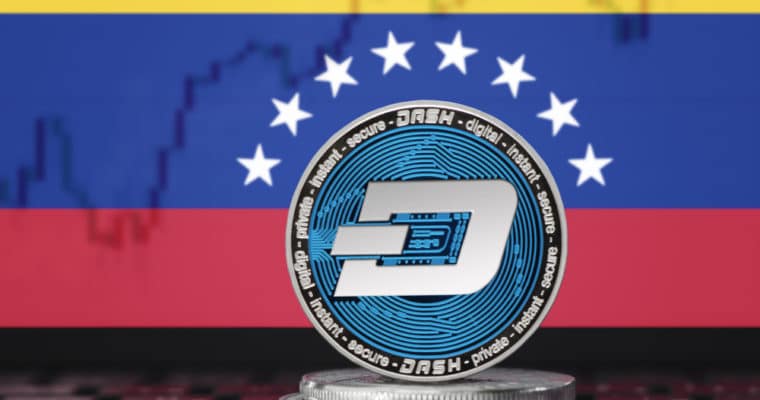 Last month, the company launched a new service, Dash Text, a unique and advanced crypto transaction service that relies on SMS and does not require internet connection or smartphone. The service has been successful in Venezuela due to the fact 60% of the total population in the country do not own a smartphone or a reliable internet connection.

Dash Merchant Venezuela is working hard to promote adoption of the cryptocurrency in the country to reverse the effects of inflation. Experts are of the idea that the inflation rate in the country could soon hit 1,000,000% if the plunging oil production industry is not salvaged.

Dash Aims to Have 10,000 Merchants Next Year

Dash aims to get more than 10,000 merchants to accept Dash cryptocurrency from clients in 2019. The fast and widespread adoption of the cryptocurrency resulted in a 20% price spike across the globe. Most Venezuelans prefer using Dash instead of Bitcoin and other digital currencies due to the fast transaction confirmation times and reliability.

For example, normal Bitcoin transactions take 10 minutes but during peak periods, you might have to wait for up to 1 hour to complete one transaction. On the contrary, all Dash transactions are completed in 2-3 minutes thanks to the superior masternode network that facilitates Instant Send service.

News that Dash cryptocurrency is doing well in Venezuela is a good example of how cryptocurrencies can promote economies and provide numerous opportunities to businesses and corporations.